By Taylor K. Long
When I sat down to interview Kirk White of the Bethel Revitalization Initiative a few weeks ago, it was to discuss their Bethel University programming: a free, pop-up university that takes place across the month of March. Classes cover a wide range of topics, like dowsing (which I attended), creating digital maps, identifying trees, Nerf gun wars, making pasta, and more. It’s a wonderful, local resource that I encourage people to check out each year.
In the wake of Covid-19, things in the world, our country, and naturally, our local towns and communities, have drastically shifted. Bethel University has since cancelled most of the remaining classes, though some will be offered online.
Still, though the context is changed, Bethel’s approach to community building is an inspiration at this time when communities need to get creative about ways to connect more than ever. Checking in with him this week, White mentioned that, “One of the things BRI started several years ago was encouraging (and doing) random, anonymous community art, such as yarn bombing. We currently have some anonymous yarn bombing going on around town.”
As we face shelter in place orders, and plenty of uncertainty about what the next weeks and months will look like, White’s words about bonding over common interests, creative idea generation, and community engagement are comforting and hopeful. In this time of reflection, perhaps we should all challenge ourselves to come up with our own “crazy ideas” about how to stay connected in this time of social distancing, what we can do to support our local communities, and the future we’d like to shape for the Upper Valley.

I tend to take more nerdy classes. If there was a good geology class, I’d take that. I did Intro to Improv Comedy last year, which was really fun. I don’t take as many as you’d think because, you know the team that runs it, we have the keys, so we have to open doors and greet people and make sure they have the projector. So, the staff is often too busy to take classes.
Taylor: So now that you’re in your seventh year, what are some of the challenges that you face each year?
Kirk: Well, we’re always challenged with the technology.
Taylor: In what sense?
Kirk: This year we’re using a different registration platform because the old one sent us a notice saying it would no longer play nicely with Wordpress for our website, so we had to rebuild. It lacks an important feature, so next year we’ll probably have a different one, because we need something that allows us to have a waitlist, for example. Those kinds of things. Having enough volunteers to open doors is always a challenge. And it’s always good to have different ideas and different voices, people that have a different take on things.
I was president of the Bethel Business Association for a couple terms, and one of the things that I learned from that is what often happens in these kinds of community organizations is you get a core bunch of people who are really creative and motivated and focused, and they start a bunch of stuff, and then they get stuck running that stuff forever because no one else will step in and help, and then eventually they get burned out and it goes away.
Taylor: I think that’s so common in small groups, small organizations, anything like that.
Kirk: Yeah, we’re always trying to, with any of our things that Bethel Revitalization starts, we’re always looking for ways to give them away. If a bunch of people came up and said we’d like to do Bethel University next year, we’d probably say, hey, that’s fantastic. At the very least, we are always open to other crazy ideas, we pride ourselves on our crazy ideas. I try to think of five different crazy ideas a day, just because once in a while it’s not a bad idea.
About 15 years ago or so, I had the idea for a Bethel Blues Festival and everybody thought it was a crazy idea, but I think it may happen next year. Because eventually you reach a critical mass where a bunch of people are saying, “I wish there was a music festival in Bethel,” and somebody says, “Well, Kirk used to think about a Bethel Blues Festival, we should talk to him.” We had our first organizational meeting a few months back. We’re having some major construction in downtown next summer, so we decided to do it next year, not this year. I’m always trying to come up with crazy ideas. 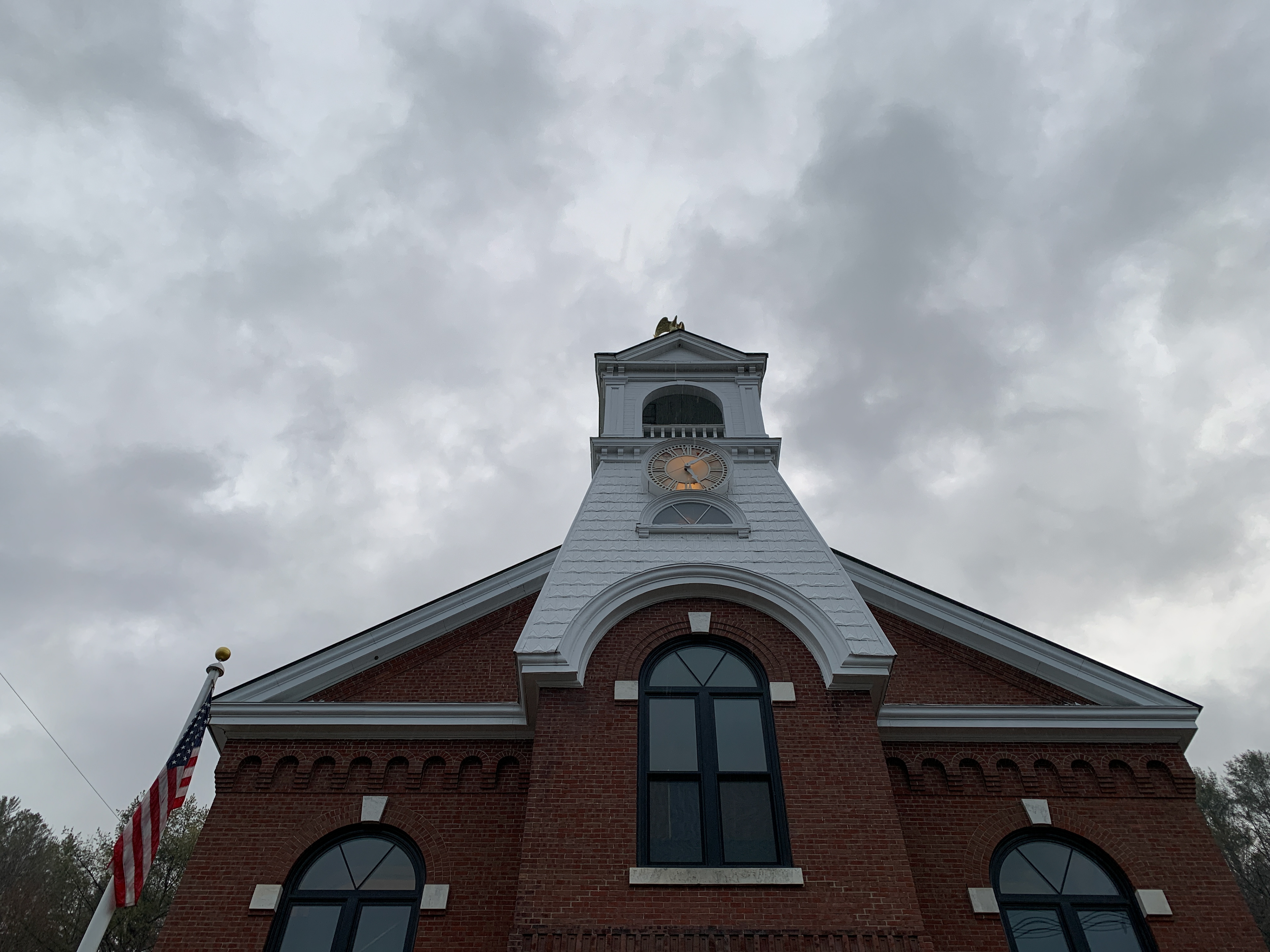 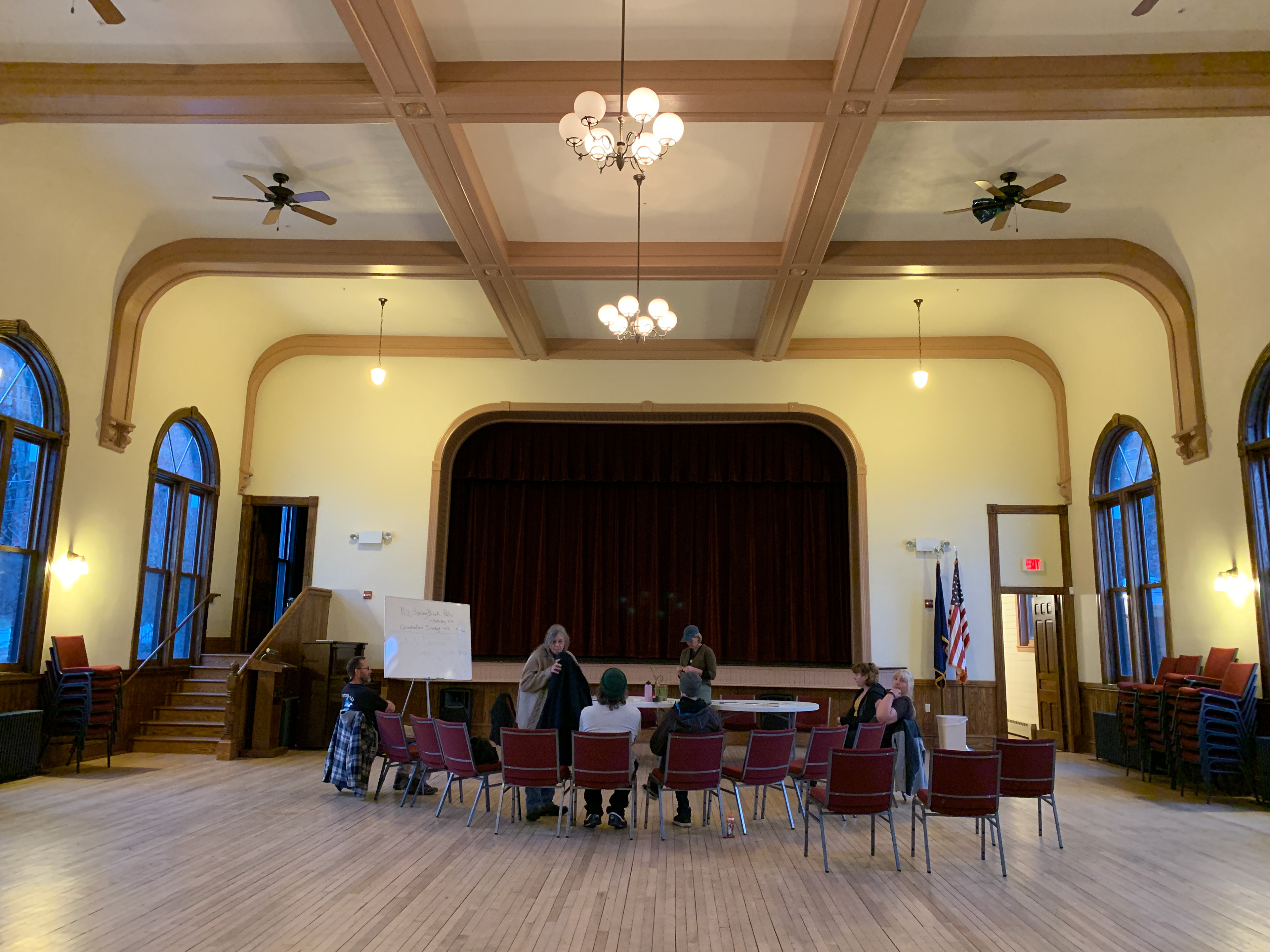 Taylor: That’s great. It kind of gets into manifestation — where eventually you keep putting an idea out there and you never know who’s going to pick it up or who’s going to run with it.
Kirk: We always encourage people. You asked how we put this together — and it was sort of, “What ideas do you have?” If you’re new to the group, I’ll do this, and if you’re already part of the group, you already know I’m like this, but if we’re having a brainstorming session, I will often go first and I will purposefully come up with the least feasible, most outrageous, stupid idea you could ever possibly come up with. My intention for that is, once I have said that, that idea that you were nervous about saying because you thought that somebody might think it was dumb is not going to be nearly as dumb as what I just said.
Taylor: I like that.
Kirk: And therefore, you’ll be like, well, I can do better than that. So, I do it on purpose.
Taylor: That makes sense. I think sometimes people get intimidated by the blank canvas, so to speak. I know I do. It’s like “Anything is possible!” and then it’s that complete openness and all of those possibilities and all of those choices can be really overwhelming. So, sometimes, just having someone throw something down to start off or riff off of can then take you in many different directions.
Kirk: Yeah. So, that’s what we do, and that’s our biggest challenge, is more. We have dreams beyond Bethel University, of various kinds of projects that we would like the town to come up with creative solutions to tackle. We just need some more co-conspirators to put that together. Being a do-ocracy, if you have an idea, yay, we’ll go with it. I’ve belonged to groups where you joined it, and they already had their itinerary and if you made a suggestion, they’d be like, well, we don’t really do that, or we tried that before and it didn’t work — my answer to that was always, it might not have been the right time or the right people. It may not have been a bad idea. We’re always encouraging new voices and new energy. Whatever you want to do, if you want to see a change, we’ll try and help you make it happen.
Taylor: You said that you’ve had some young people teach classes — do you find a lot of younger people getting involved? There’s a lot of discourse about the aging population in Vermont and New England, and ways to get young people to stay, to get involved, or get invested, instead of picking up and leaving.
Kirk: That’s part of it. A large part of what Bethel Revitalization Initiative is about is to promote the economic, social, and civic revitalization of our town. We’re aware that just having jobs isn’t enough. Young families want to have a community that they belong to, they want to feel like there’s something to do here. And affordable housing, and child care, all the other things that go with that. So, that’s what we’re trying to do, is bring this sense of community. Some of our successes have been because of some of the events we’ve had.
There’s one family who’s very active in Bethel University, and they were looking for some place to live and they came to a Bethel University class and saw all of the things going on, and they volunteered to teach some classes, and suddenly they were fully involved, and they bought a house in Bethel. They were like, this is a community, we were looking for that.
I think that’s a real important part. We have all these struggling small towns, so we need to find creative solutions, out-of-the-box thinking to recreate community and civic engagement. When you have that, the economic stuff will also feed in.

Taylor K. Long is a writer, editor, and photographer based in Windsor, VT. Her work has appeared in The New York Times, The New York Press, New York Magazine, Bright Wall/Dark Room and more.
↑Back to Top