By Colleen Goodhue
Erin Bell, the head distiller at SILO Distillery, watched beer swirl around inside a big copper drum. The still usually makes vodka; it distills ethanol from a fermented corn and water mixture. The “heart,” the good stuff, is used to make spirits, and the “head” is a byproduct used for cleaning. She’s trying to make all “head” now in order to make a much needed sanitizing solution.
“People aren’t buying kegs anymore,” she explained. The neighboring Harpoon Brewery had donated a pilsner to SILO to be turned into hand sanitizer, rather than have to dump it down the drain. Clear liquid bubbled in the tall towers of the still and then dripped from a hose into another basin. It worked. 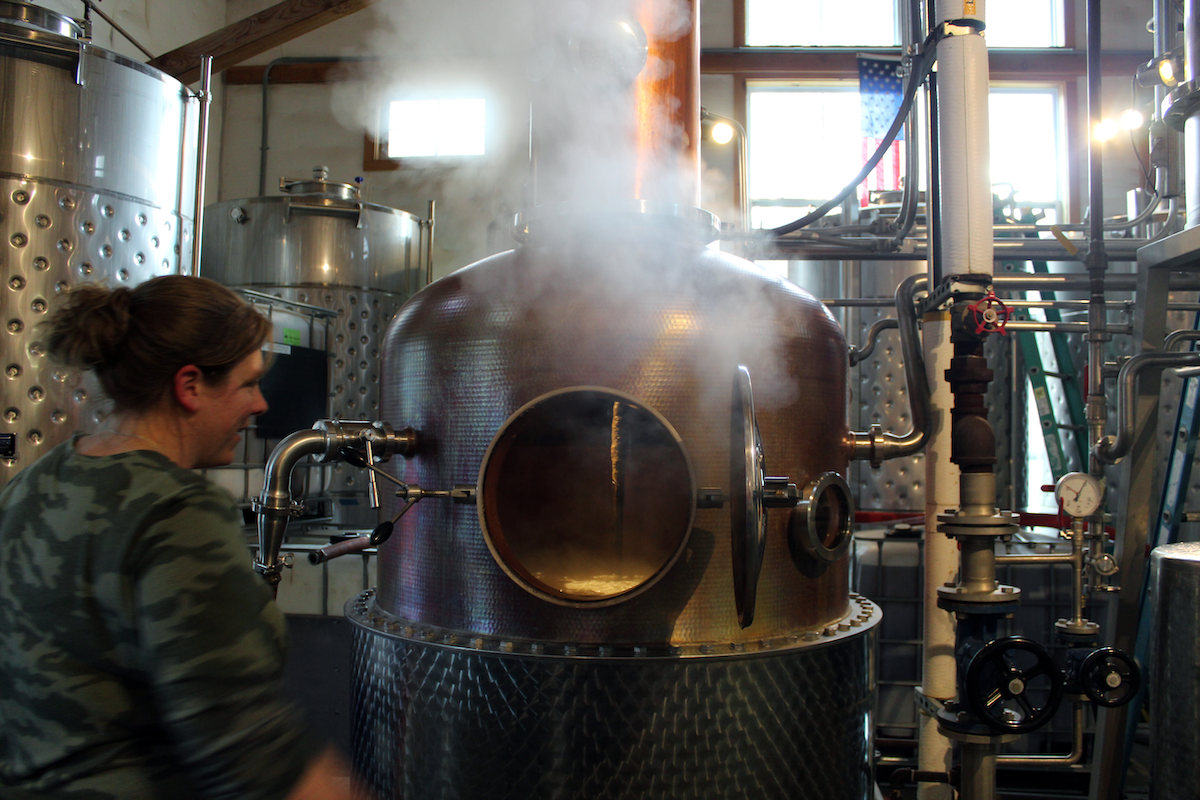 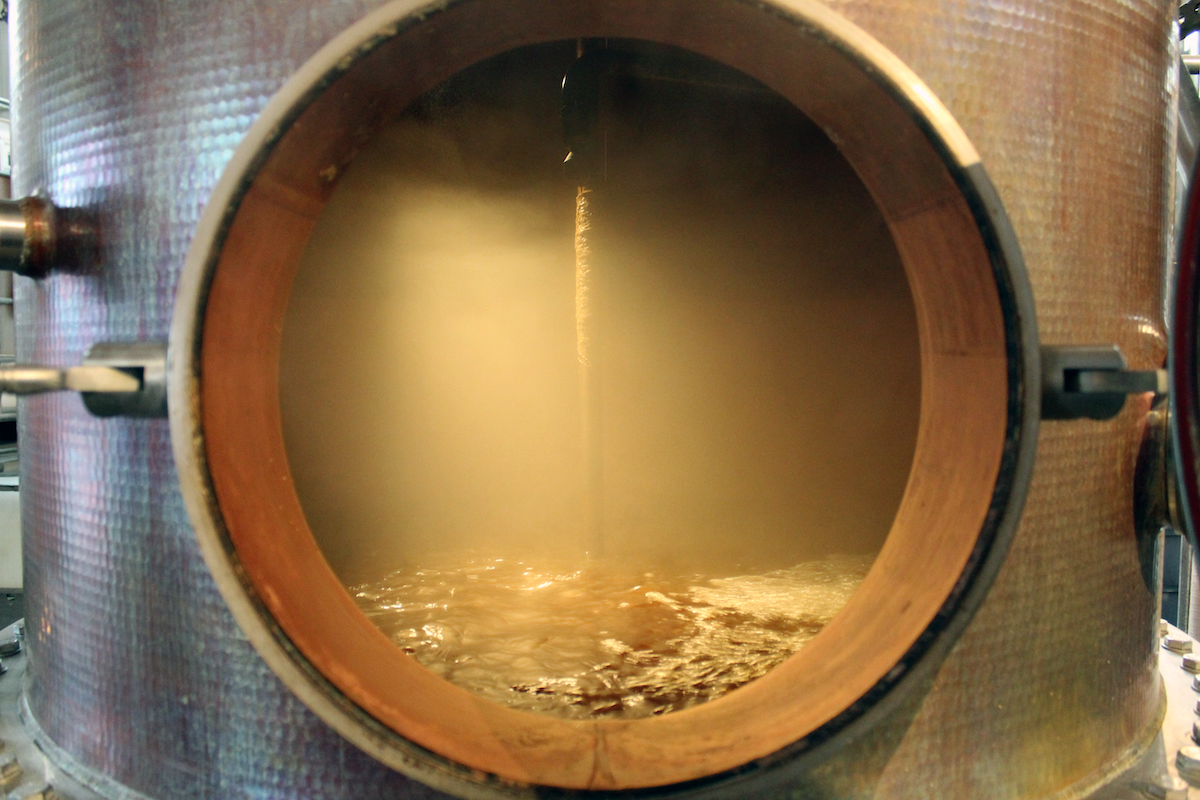 When hand sanitizer all but disappeared from stores in March, the distillery made their own to keep customers safe in their tasting room in Windsor, Vermont. They followed the World Health Organization's formula and used ethanol, a waste product from the spirits that they make, sterile water, vegetable glycerin (to protect the skin) and hydrogen peroxide (to keep the mixture stable).
Customers were asking how they could get sanitizer, too. Around that time, the FDA issued a temporary guidance saying they would “not take action against firms that prepare alcohol-based hand sanitizers” during the health crisis. SILO had been winding down production as business slowed, but they ramped back up to start making hand sanitizer around the clock. Ethanol went from being a waste product to the main product.
In the first month, they’ve made an estimated 1,500 gallons of sanitizer. Some of this is sold in bulk to hospitals and essential businesses. Bell says the margins of the bulk sales cover their raw materials and production costs, and helps support staff (who have voluntarily taken a pay cut). The bulk sales also help subsidize the sanitizer they give away for free to first responders, individuals who stop by the store, and some local essential workers. The sale of bulk sanitizer also supports their supply chain, including the corn they buy from Vermont farmers to make ethanol.
When they open their doors at 4 pm every day, there’s a line of people waiting, six feet apart, ready with their empty containers. Craft Sales Specialist Chelsea Mojallali often runs the sanitizer line, spritzing the plastic tubs with sanitizer after each customer. She estimates they give away about 15 gallons a day with a limit of 12 ounces per person. They have cardboard boxes where customers can drop donations to local organizations (the Vermont Food Bank, NOFA-VT Farmer Emergency Fund, and VTCOVID-19 Response Fund). SILO is running a GoFundMe to support their production. 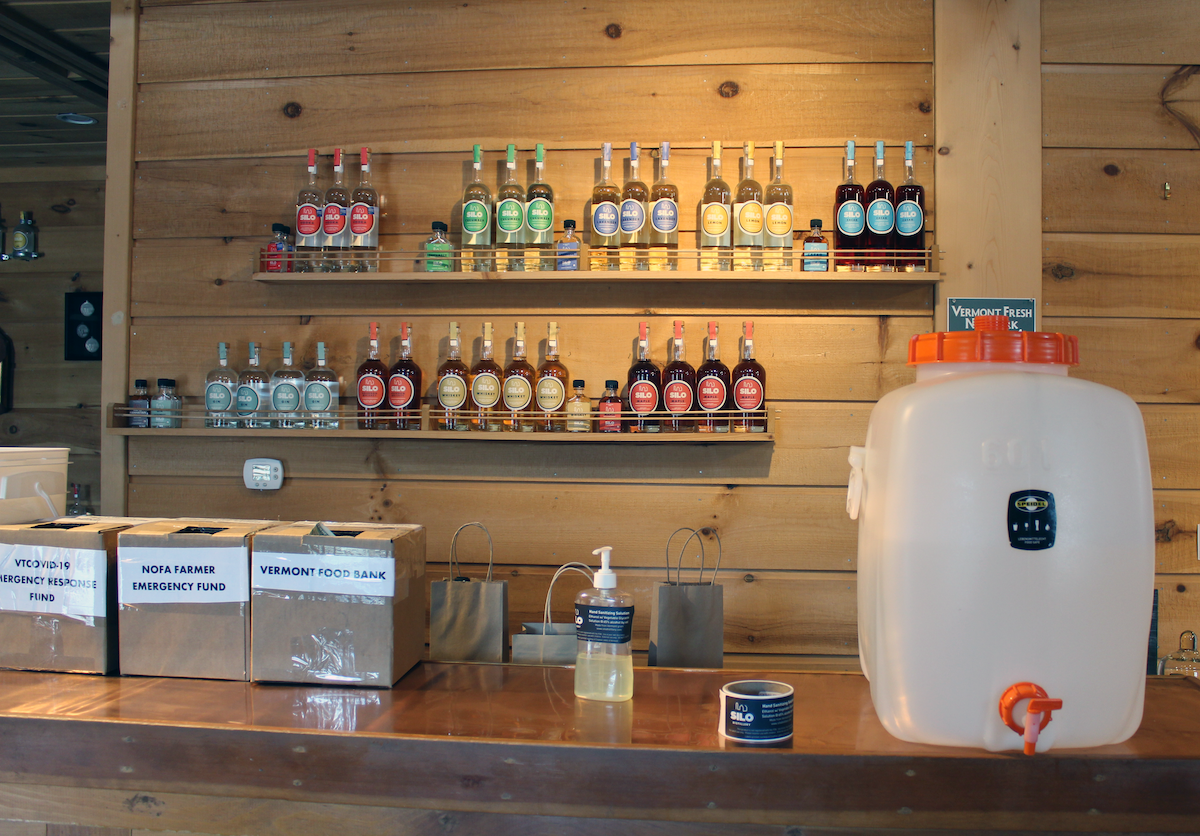 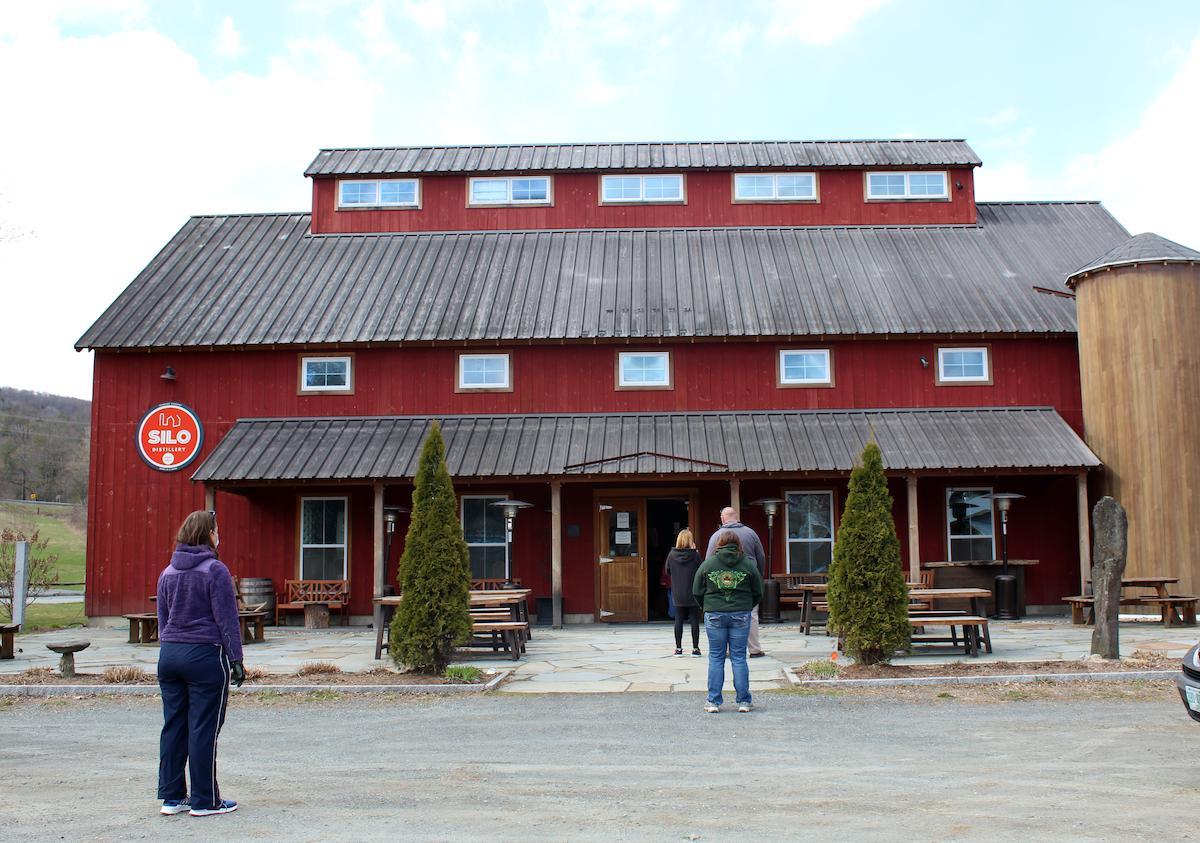 “We are meeting a lot of people who need what we’re making, but also meeting people who want to help support us or do what they can,” Bell said. “They feel helpless in this crisis. Sometimes they can’t help us, but it’s great to talk to someone who is feeling the same way. Sometimes it’s just about the connection, it’s enough. It’s pretty cool.” Some customers have also made masks for the staff which they use to protect their lungs when milling grain and others have offered to drive their sanitizer to wherever it needs to go.
Bell knows they’re lucky to be in business; most people in food and beverage are wondering how they are going to get groceries, while SILO is working round the clock to try to get sanitizer to hospitals, cities, fire departments, and nursing homes. She says they’ve made business decisions in a week that would normally take six months. “It feels like it’s been a year.”
I asked Bell what she was most looking forward to when this is all over. “To throw a big party! Open the bar back up.” She's looking forward to the summer and hopefully being able to open up their patio for cocktails and music. “I want to get back to making stuff that I can drink. That’s my dream.” 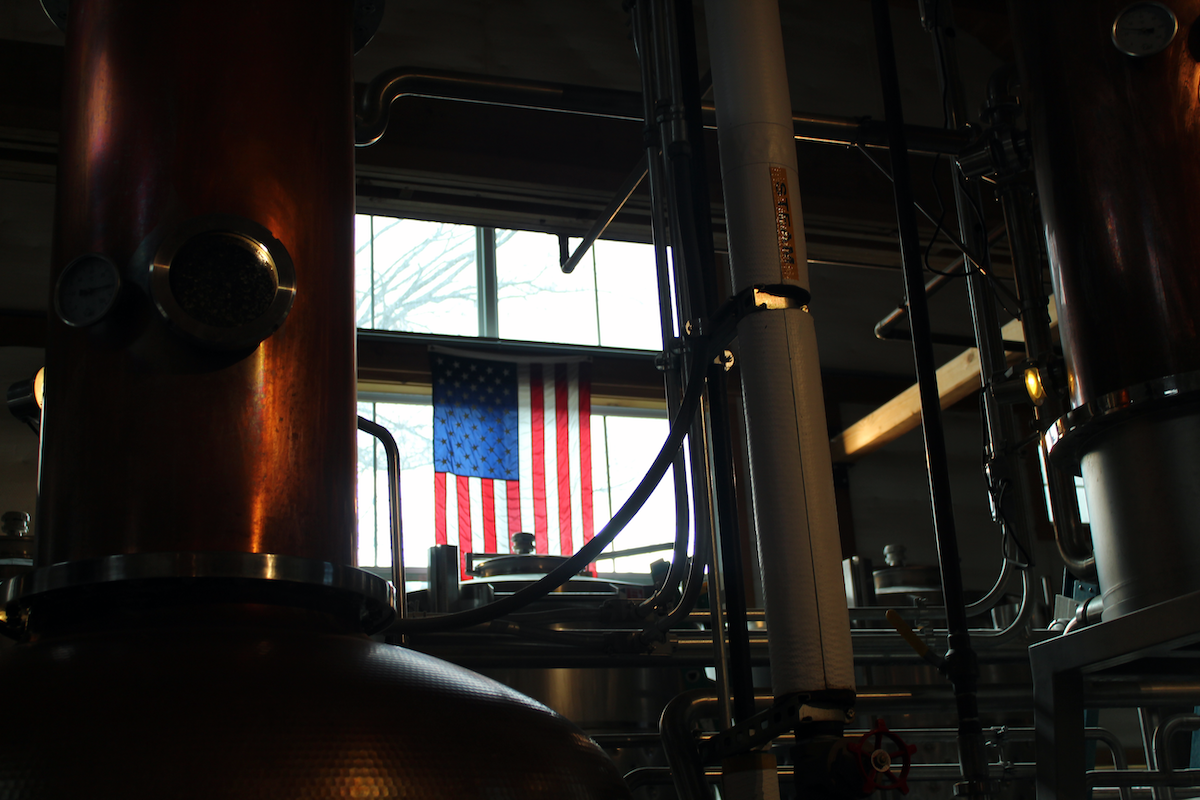 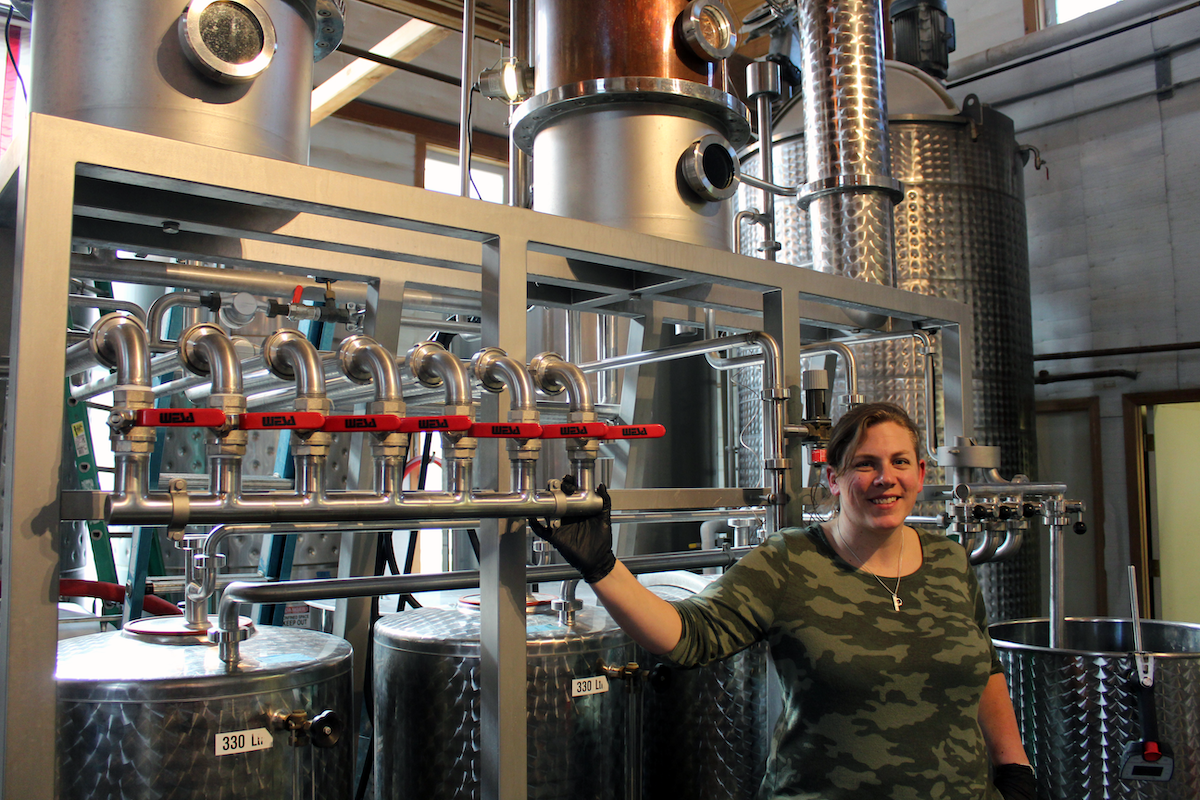 Colleen Goodhue is a videomaker and writer living in West Lebanon, NH. She loves archives, long layovers, and all kinds of friendly competition.  She performs with Valley Improv, the Upper Valley’s best and only improv troupe.
↑Back to Top