Story Originally Posted in Summer 2016
Five years ago, following a long stint in the New York City theater world, South Carolina native Jarvis Green spent a season growing vegetables at Fable Farm in Barnard, Vermont. He ended up falling in love with the community and decided to stay. In 2012 Jarvis launched BarnArts Center for the Arts, and he later led the theater program at ArtisTree Community Arts Center. This past July he founded JAG Productions, which is kicking off its inaugural season with the Vermont premiere of Tarell Alvin McCraney’s Choir Boy. Before one of the show’s final rehearsals at the Briggs Opera House in White River Junction, Jarvis stopped to discuss the production and share his ambitious plans for bringing bold, contemporary theater to the Upper Valley.
Can you give a quick synopsis of Choir Boy?
The play takes place in an elite boarding school for young Black men. The main character is Pharus, who is culturally effeminate and gay. He’s incredibly bright and super talented, but he’s ostracized because of his sexuality. The story is about the struggle between Pharus and Bobby, who is the nephew of the school’s headmaster. They’re competing to be the lead of the a cappella gospel choir. That’s the gist of the play—it’s a coming-of-age story, told in a new way.
That’s about as dramatic a scenario as you can get—elite high school, sexuality, identity…
And masculinity and music and tradition. All jam-packed into this 90-minute play. No intermission—the music brings an urgency and keeps things moving along.
It’s not a traditional musical?
It’s a play with music. The songs are all sung a cappella, and they’re threaded throughout the work. McCraney chose spirituals that are in line with the themes of the play and with the characters’ emotional journeys. 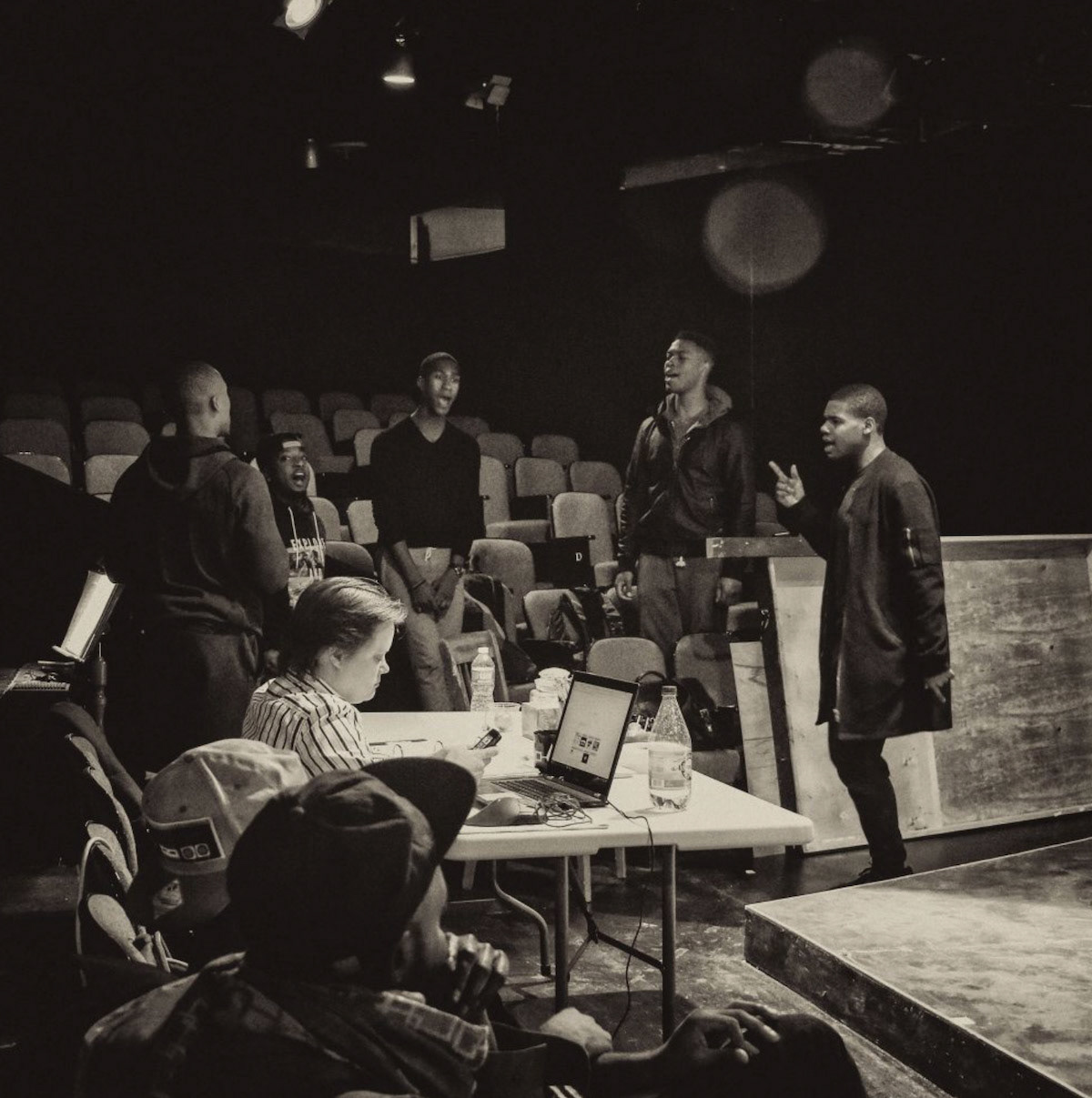 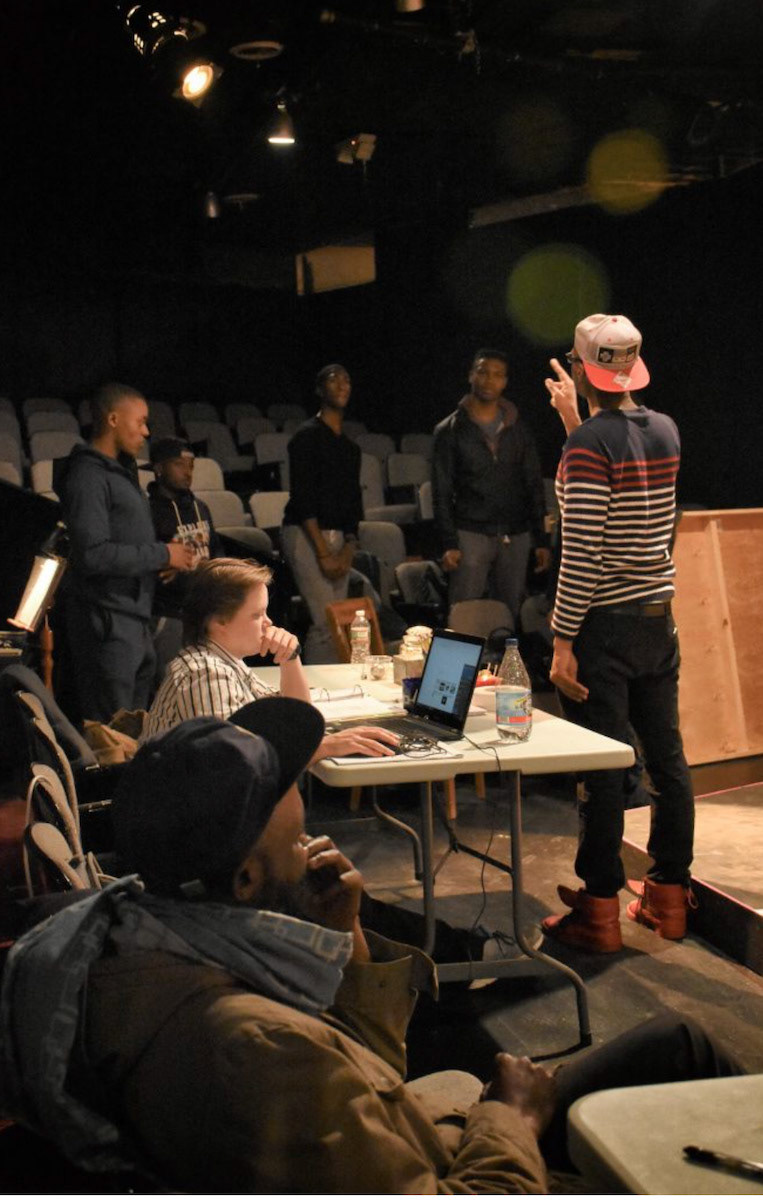 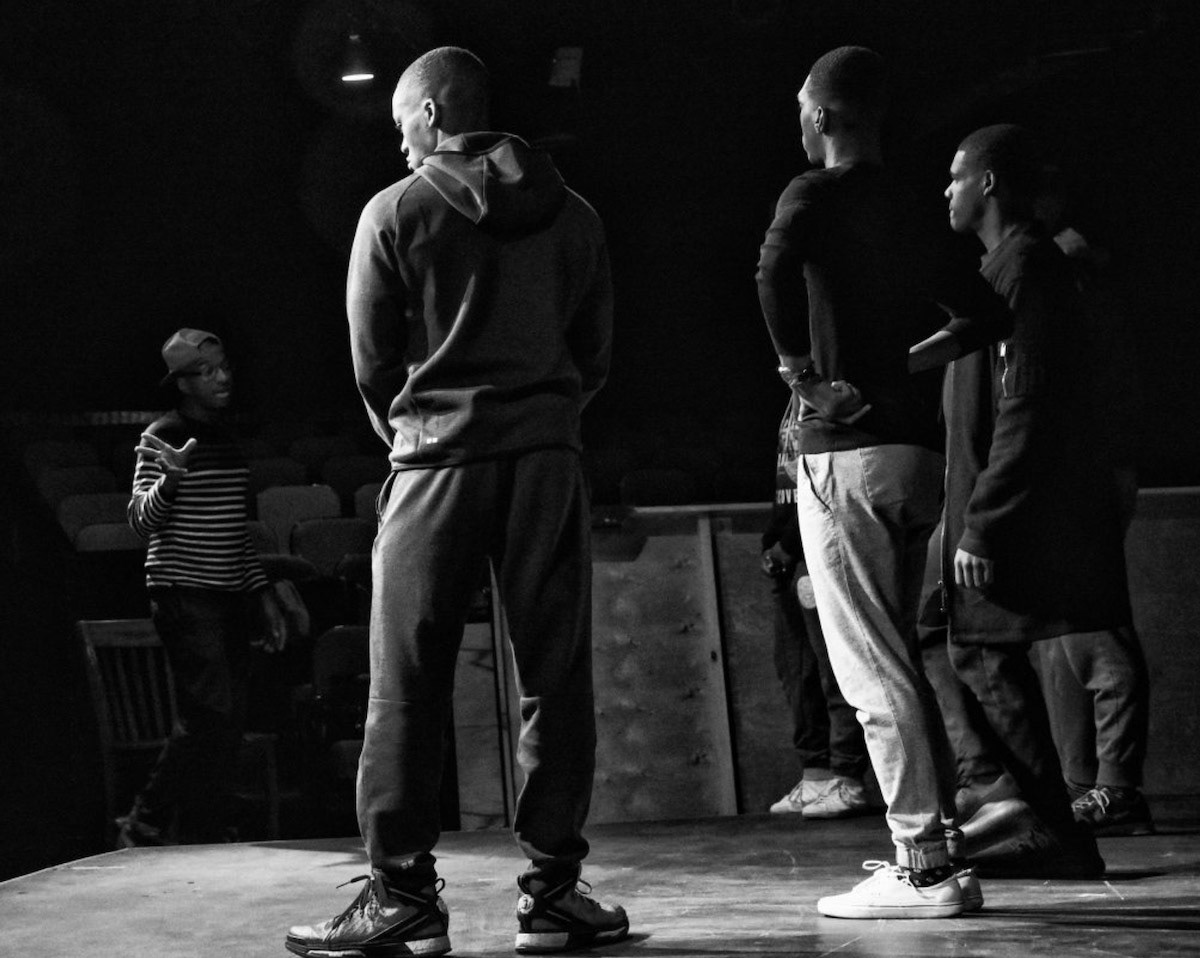 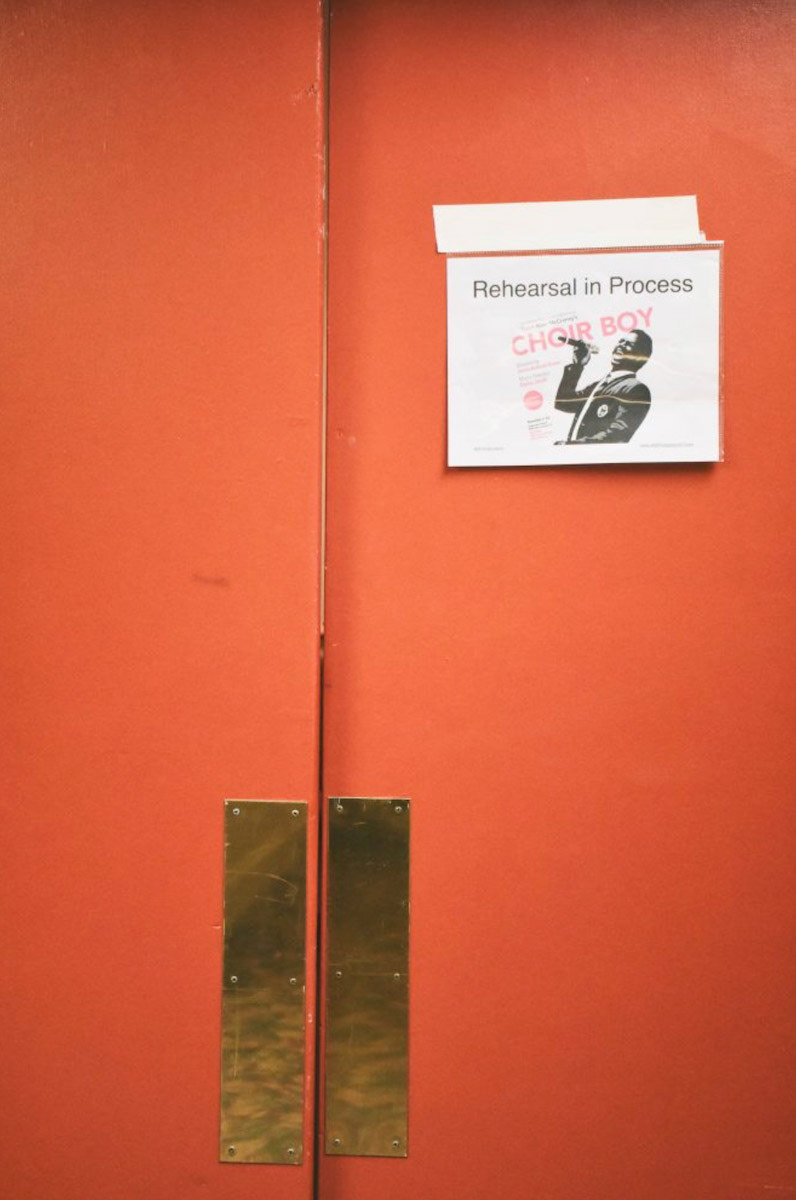 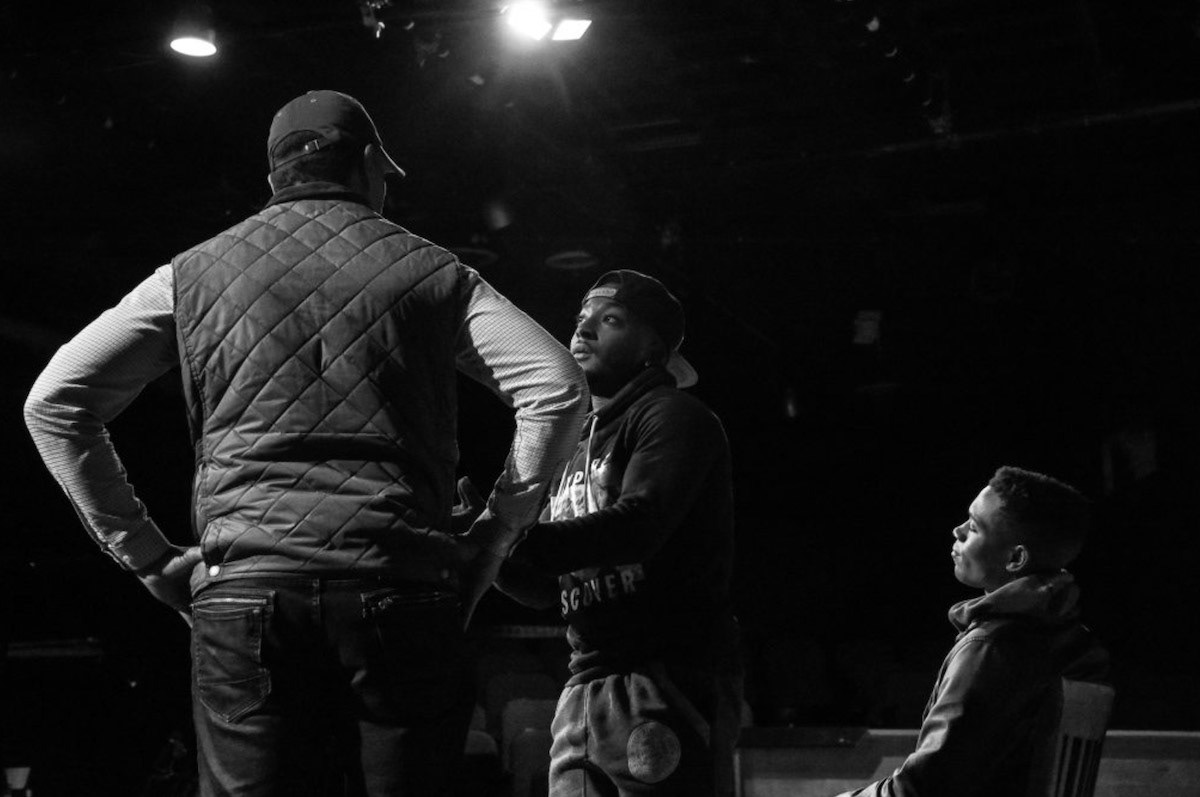 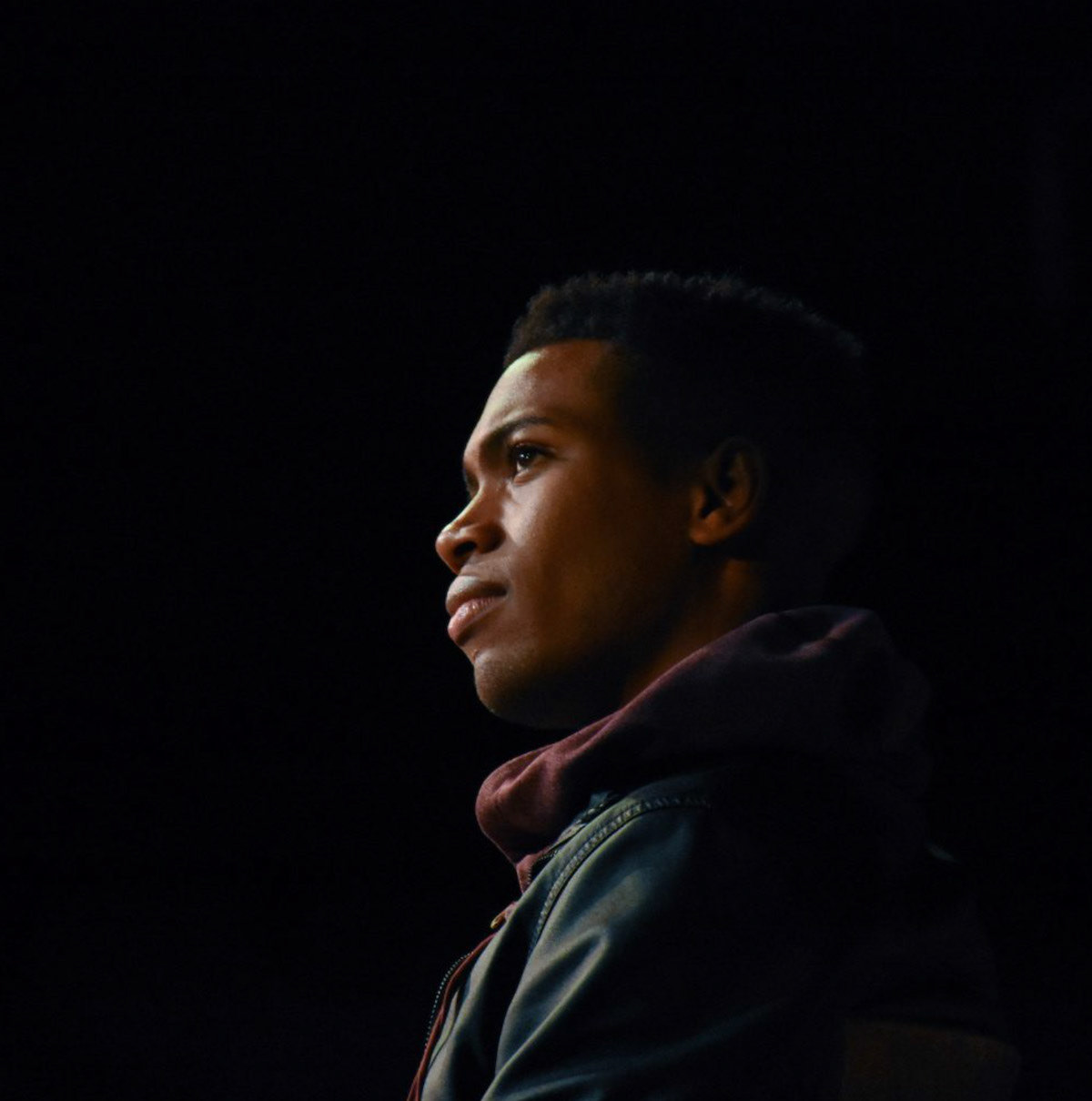 Why did you decide to produce this play?
I was in Seattle, working on a world premiere of a new show, and I was trying to figure out which piece I wanted to do to launch JAG Productions. My dressing room mate told me about McCraney and said I should read Choir Boy. I ordered the script, read the whole thing in one sitting, and it was, like, I have to do this play.
Was there anything in particular that drew you to the script?
The cadence of the text and the rhythms of the characters’ speech—I know these people. These are people I grew up with. This is our culture as Americans, but also my culture, specifically.
How did your new company, JAG Productions, get started?
After I stepped down from my position at ArtisTree to spend six months doing that premiere in Seattle, the executive director asked if I wanted to produce my own professional shows in collaboration with ArtisTree. I created JAG Productions to do work that really matters to me and that matters to other people who live here, as well. Until now, I’ve never been able to produce a full-on play with a majority African-American cast. 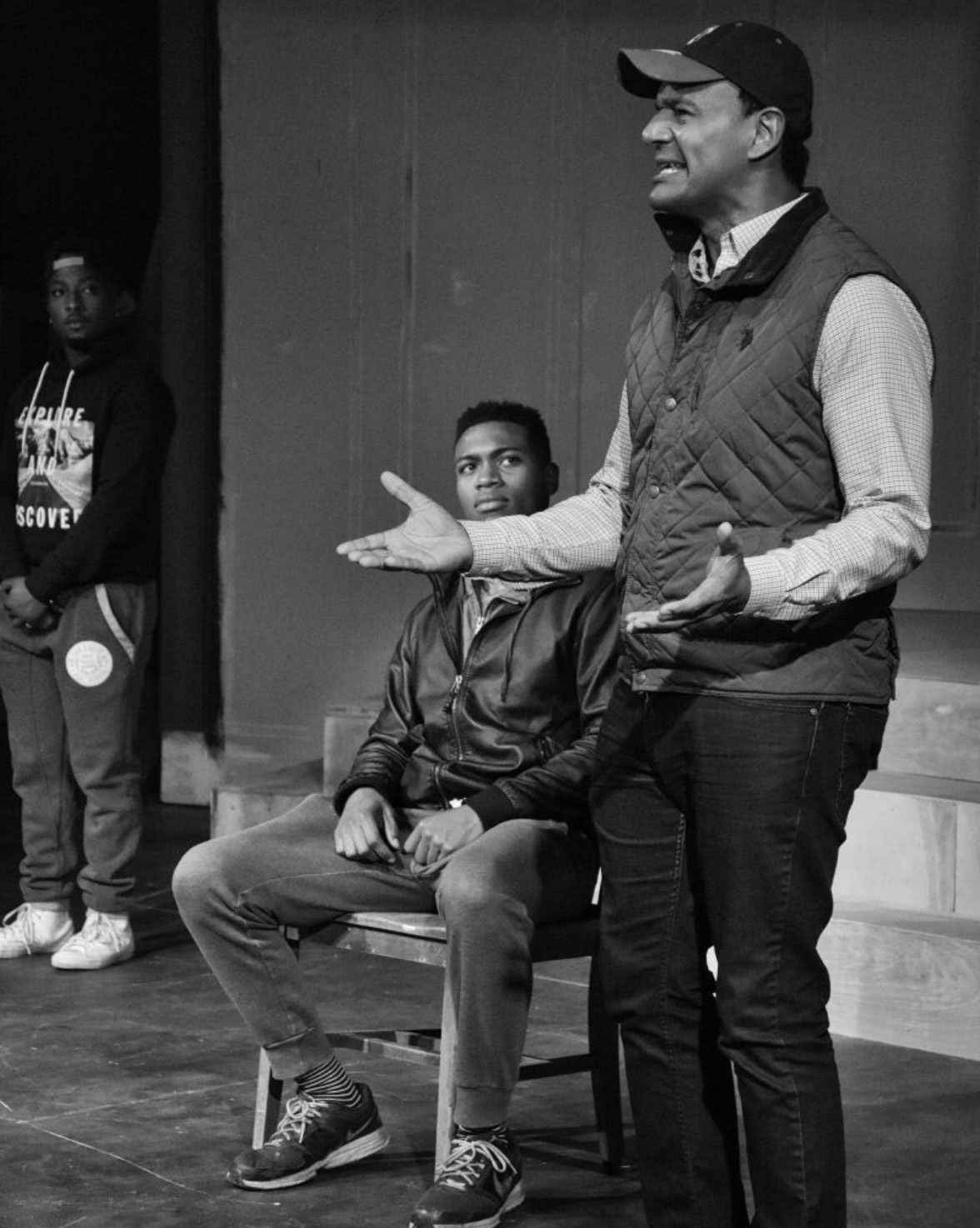 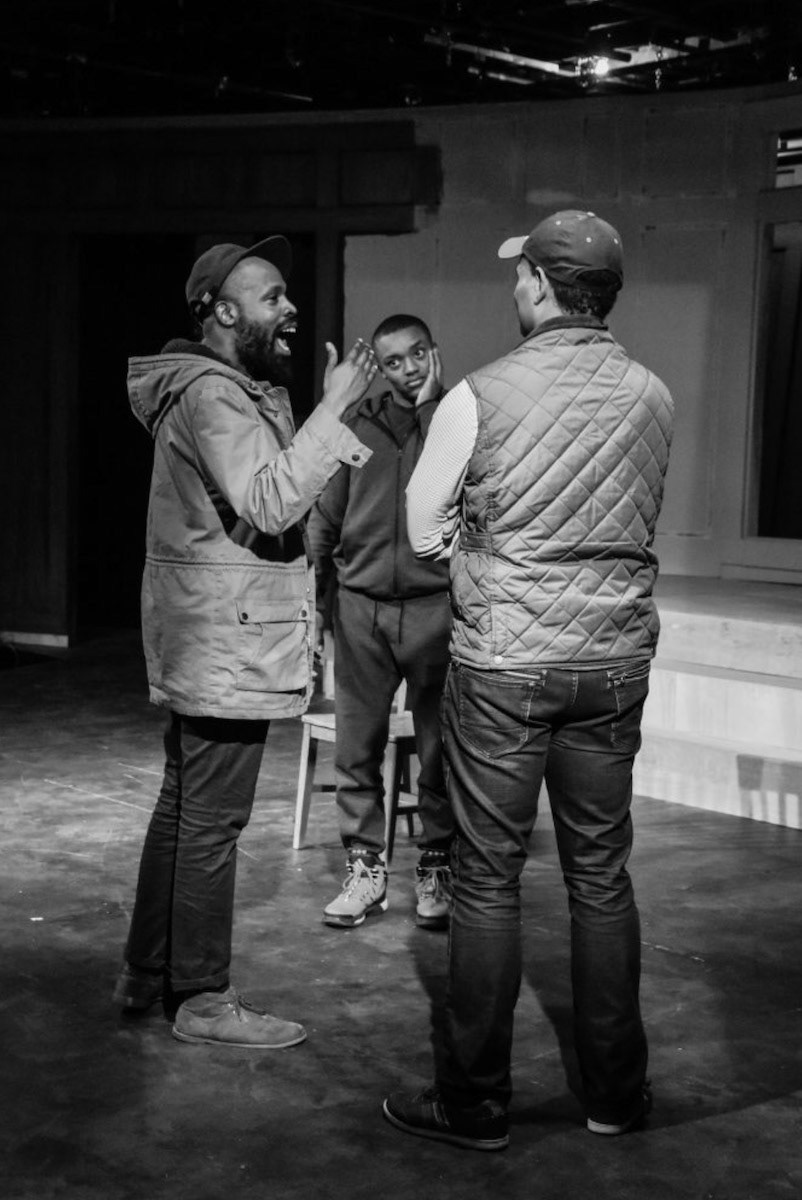 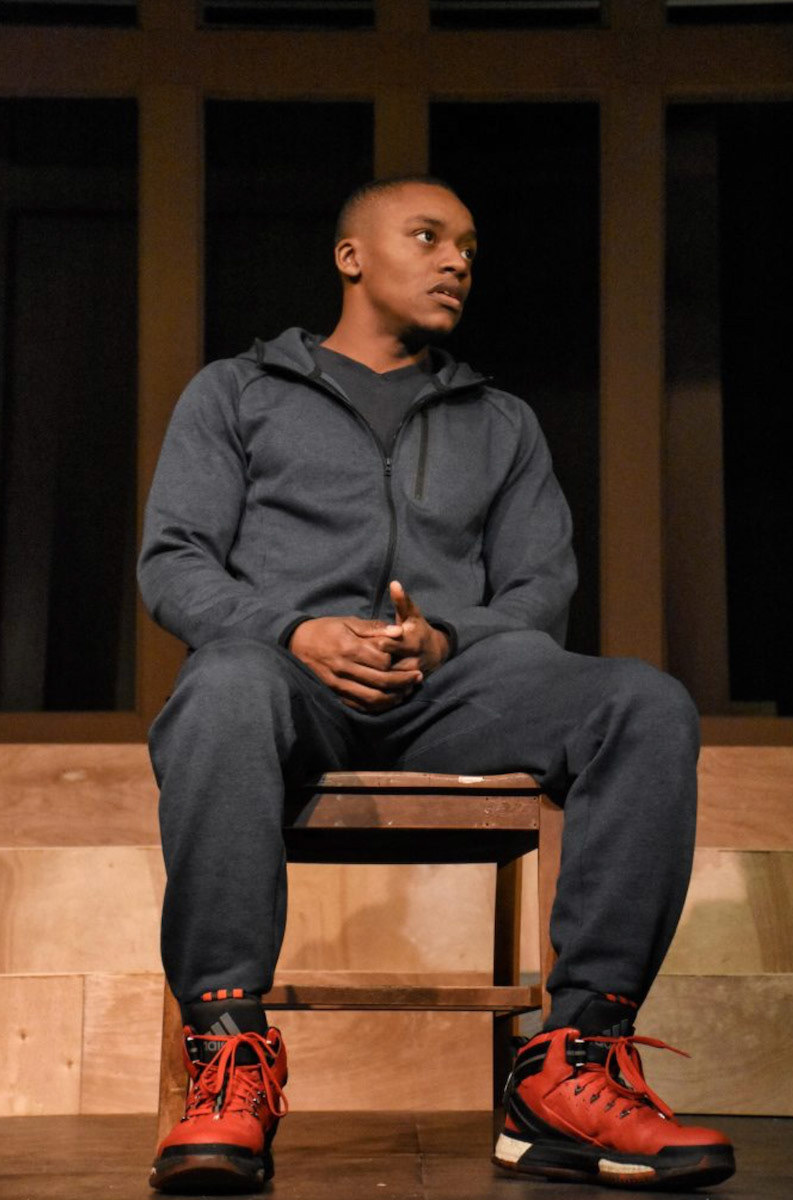 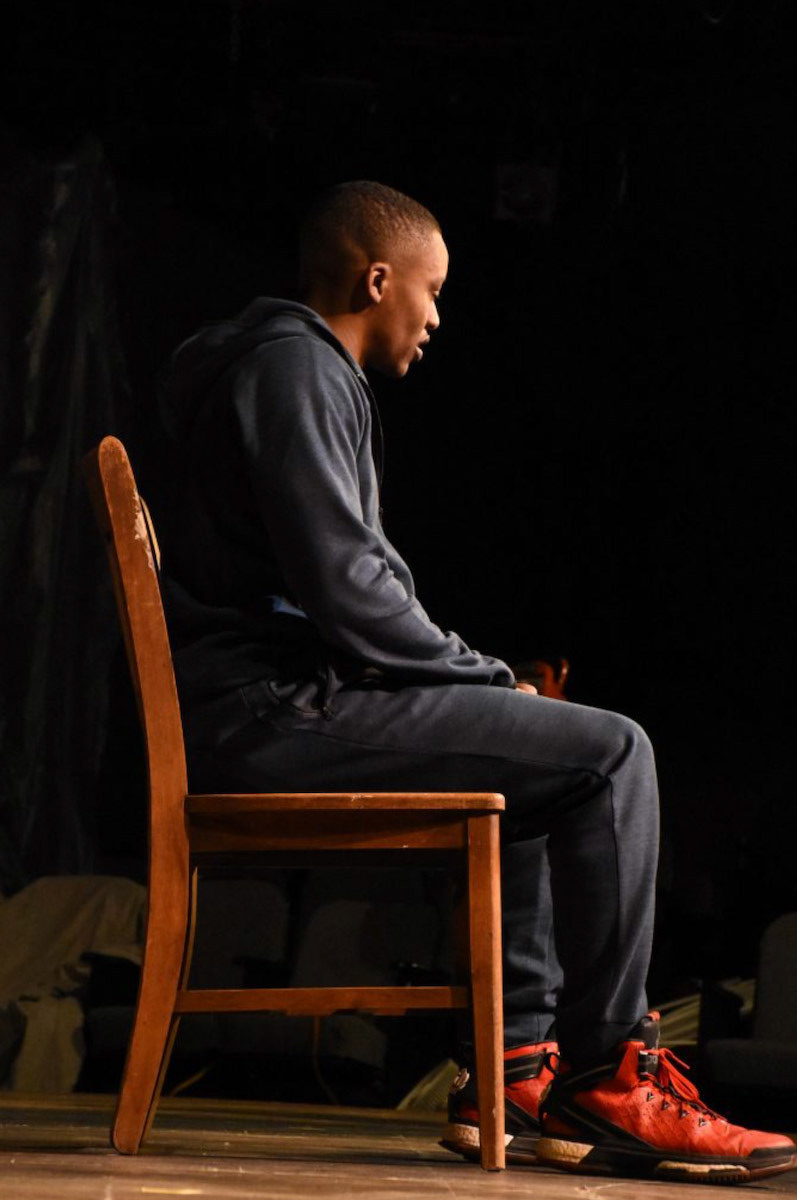 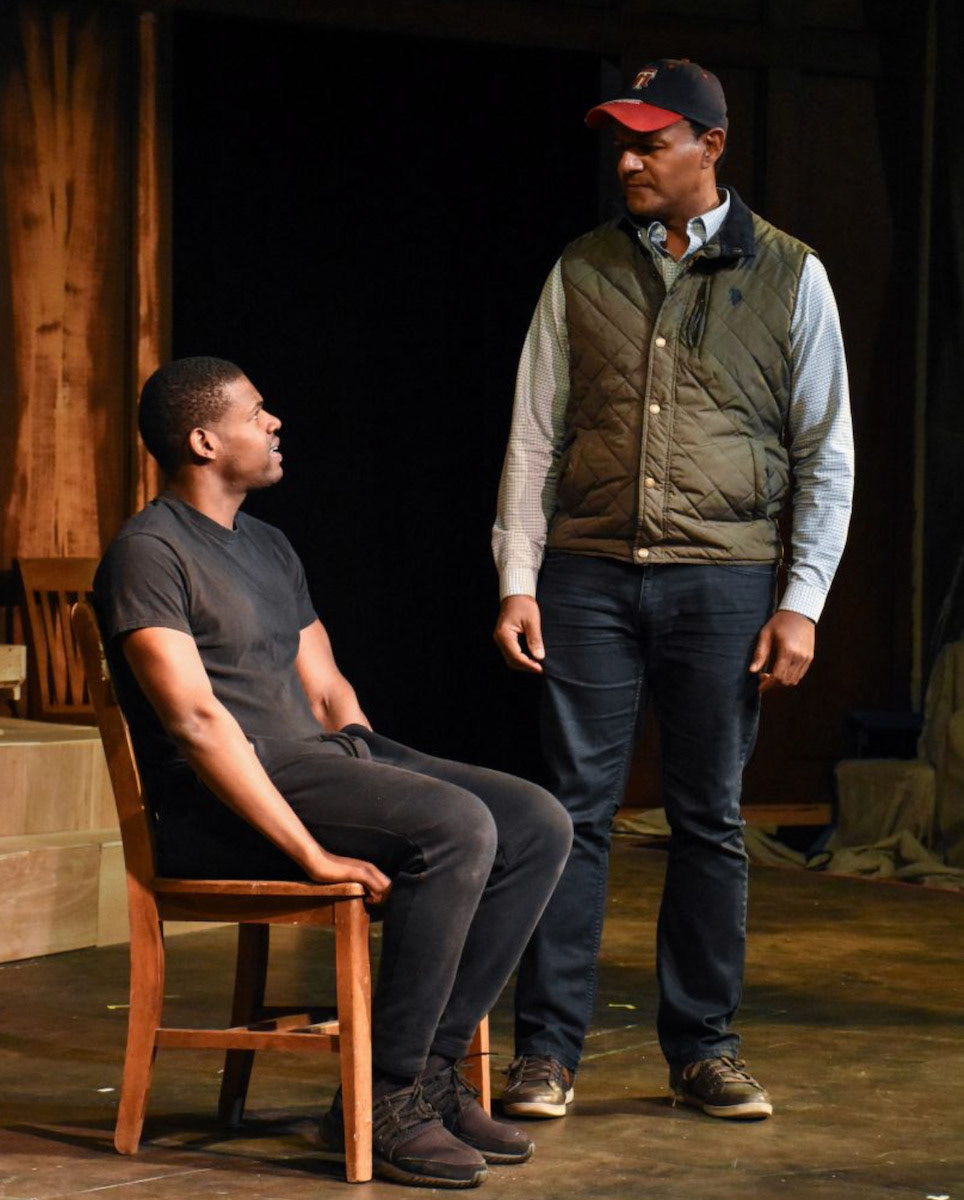 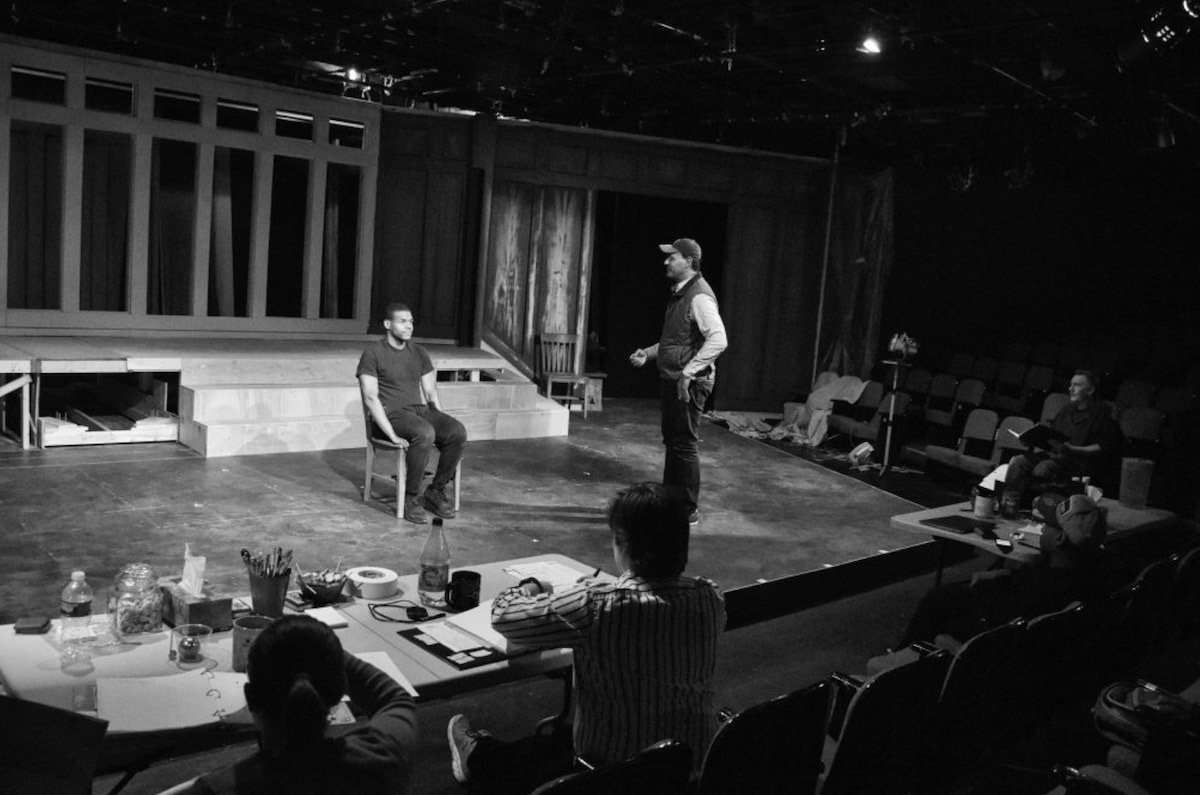 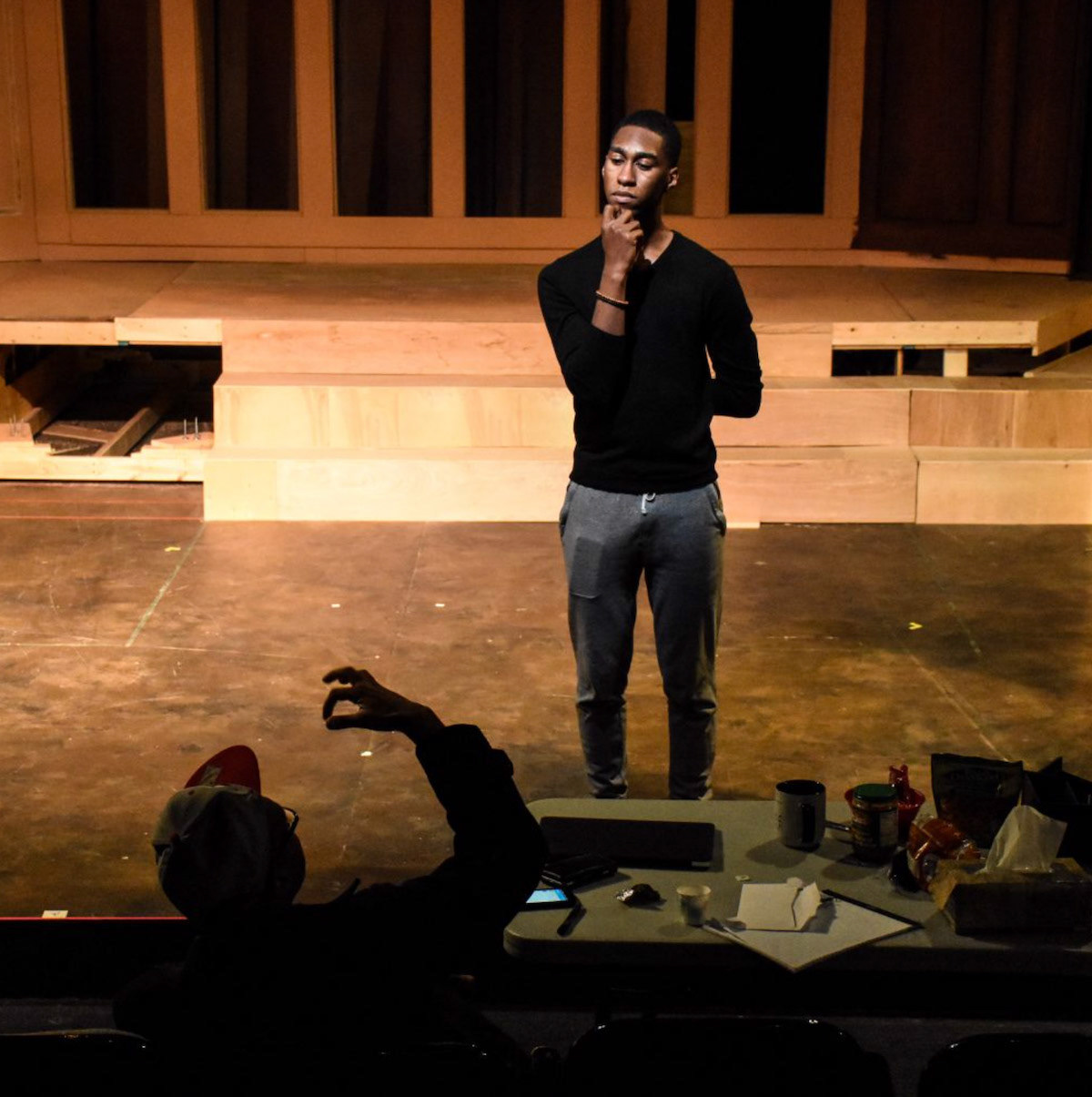 With Choir Boy, you’re exposing audiences to a cultural product that hasn’t traditionally gotten a lot of play on local stages—Vermont and New Hampshire are, after all, two of the whitest states in the nation. What impact would you like to see this performance make?
I think it’s important for this community to see what happens in greater communities. It’s an opportunity to see us in a different light and in a more dimensional way than what is displayed in the media. What do I hope to get out of this? I just want to do more of it, plain and simple. And I hope that the community supports this effort so that our stories can be told more. Vermont is awesome—I love it here. I love the people. I love the art scene. Why not bring some more diversity to the area?
Theater is a particularly powerful way to share these stories and to create a space for conversation, because it presents live, breathing, human bodies that speak and perform directly in front of you on the stage, unmediated by any sort of screen.
Absolutely—bodies that will make you feel and think differently. It’s not something that you can just scroll past on your phone. You can actually take the time to think about these national conversations and, hopefully, you’ll want to know more and start to ask questions the moment you walk out of the theater.
One of JAG Productions’ goals, described on the website, is to “shift” audience members. What does it mean to be “shifted” by a performance?
My desire is for people to leave the theater and have a bit more compassion for each other, to love a little bit more, and also to start asking questions.
Can you give an example of a performance that has shifted you?
Recently, Eclipse don Broadway, with Lupita Nyong’o. It’s about the struggle of women during the civil war in Liberia. I left the theater and wanted to do something. How can I help? Where can I volunteer? What can I do to make people’s lives better? 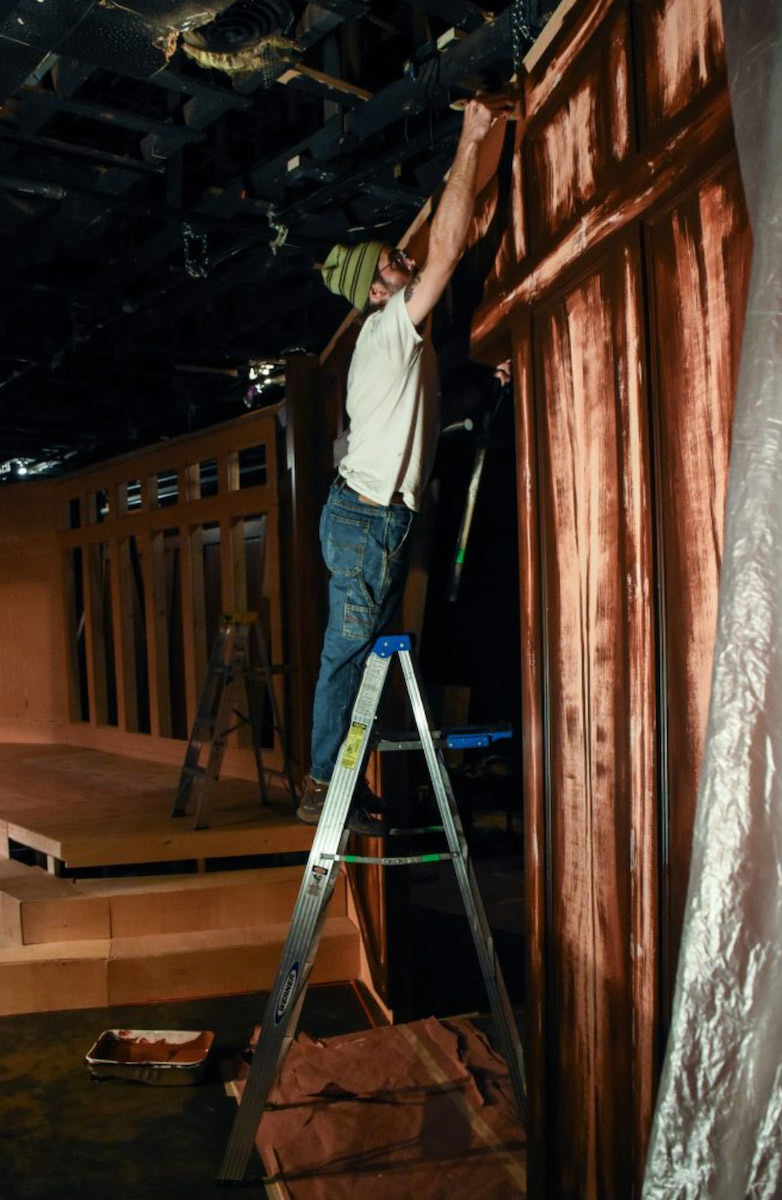 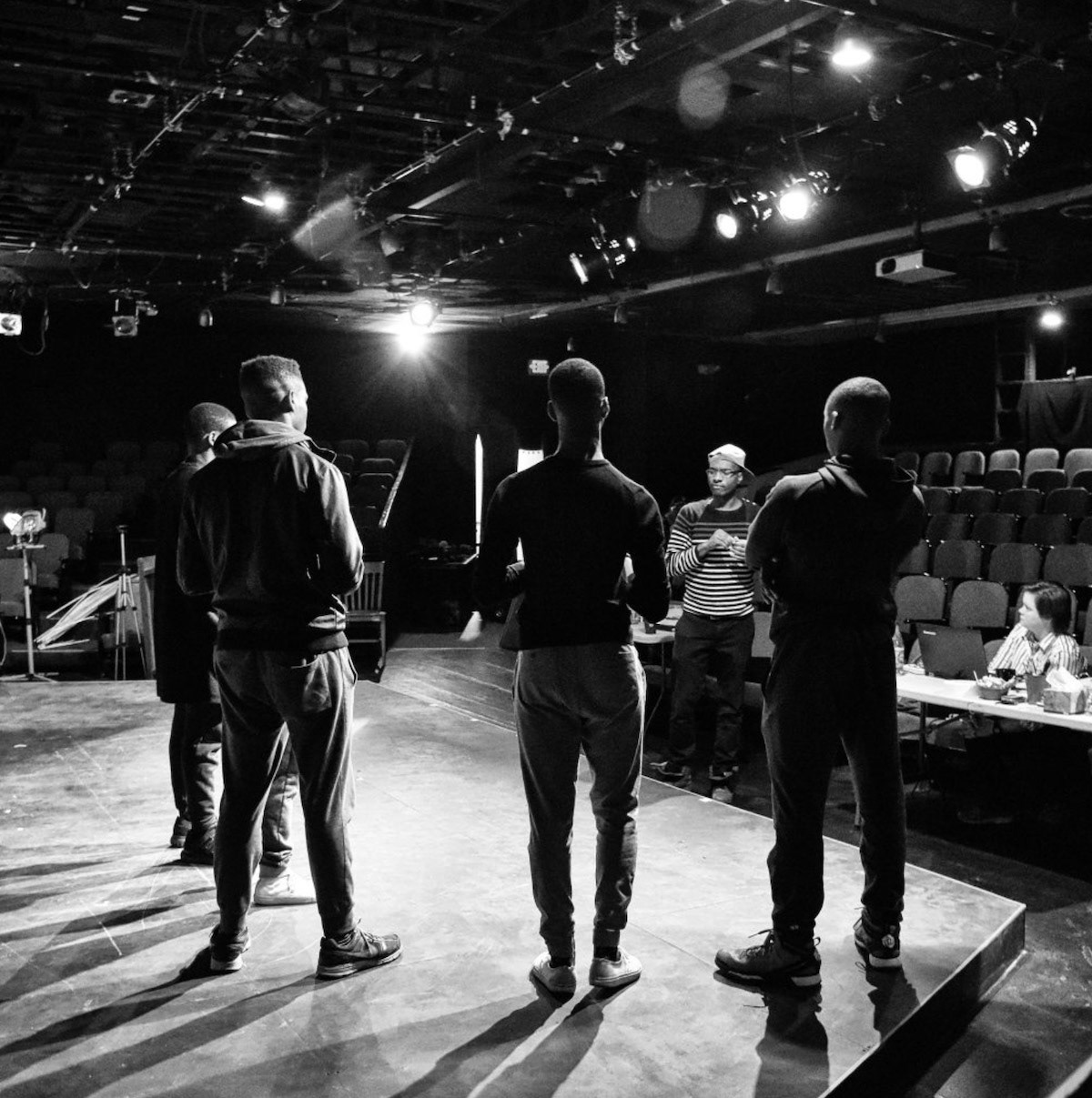 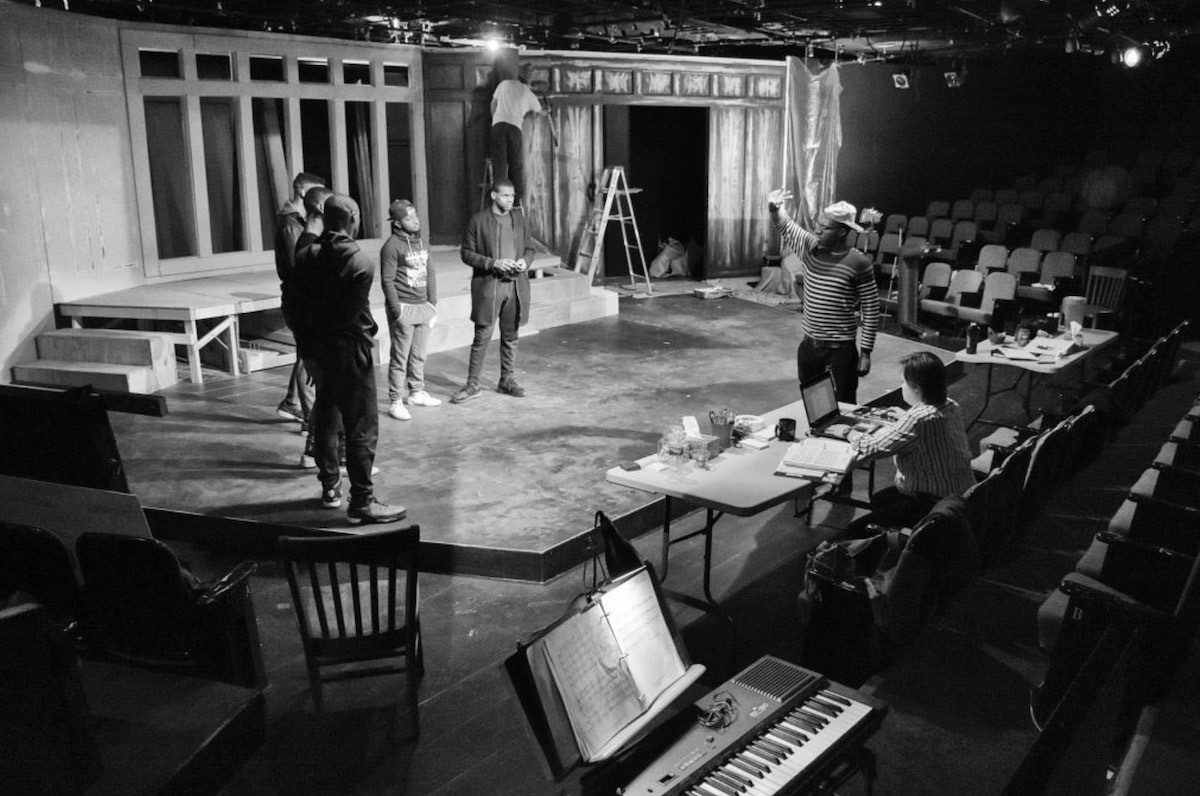 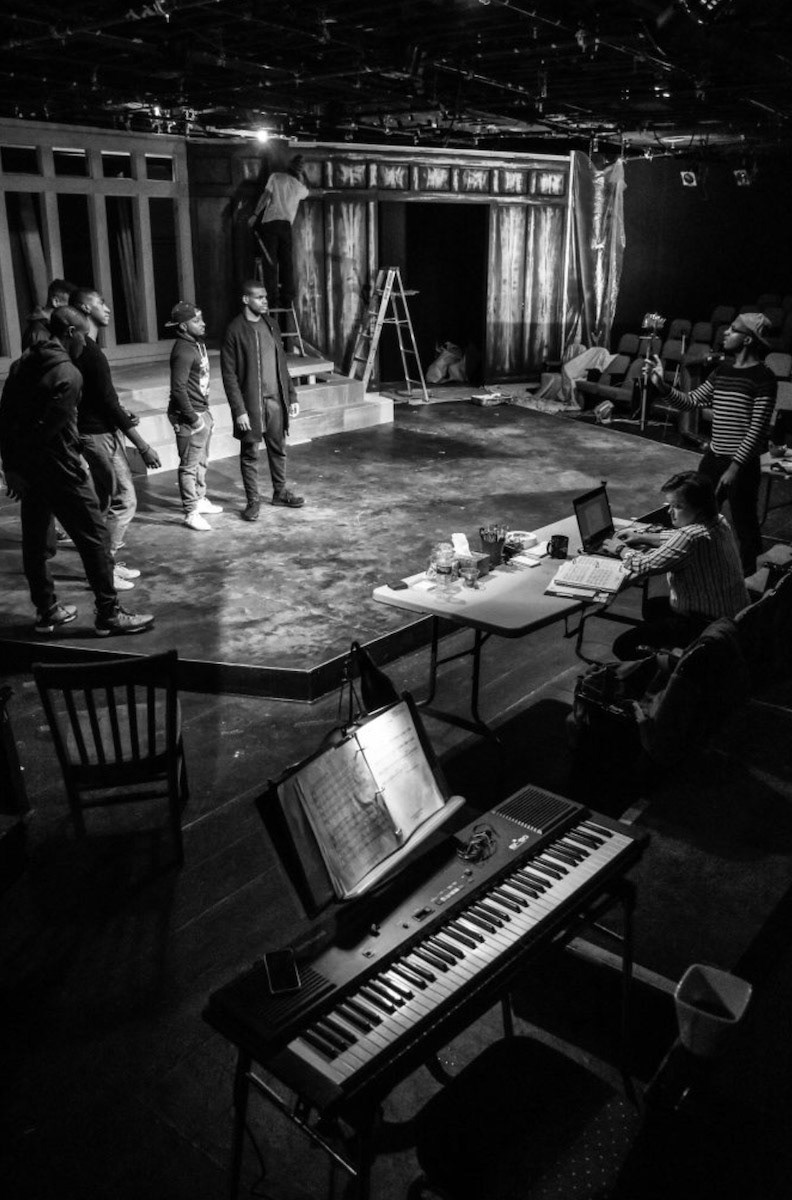 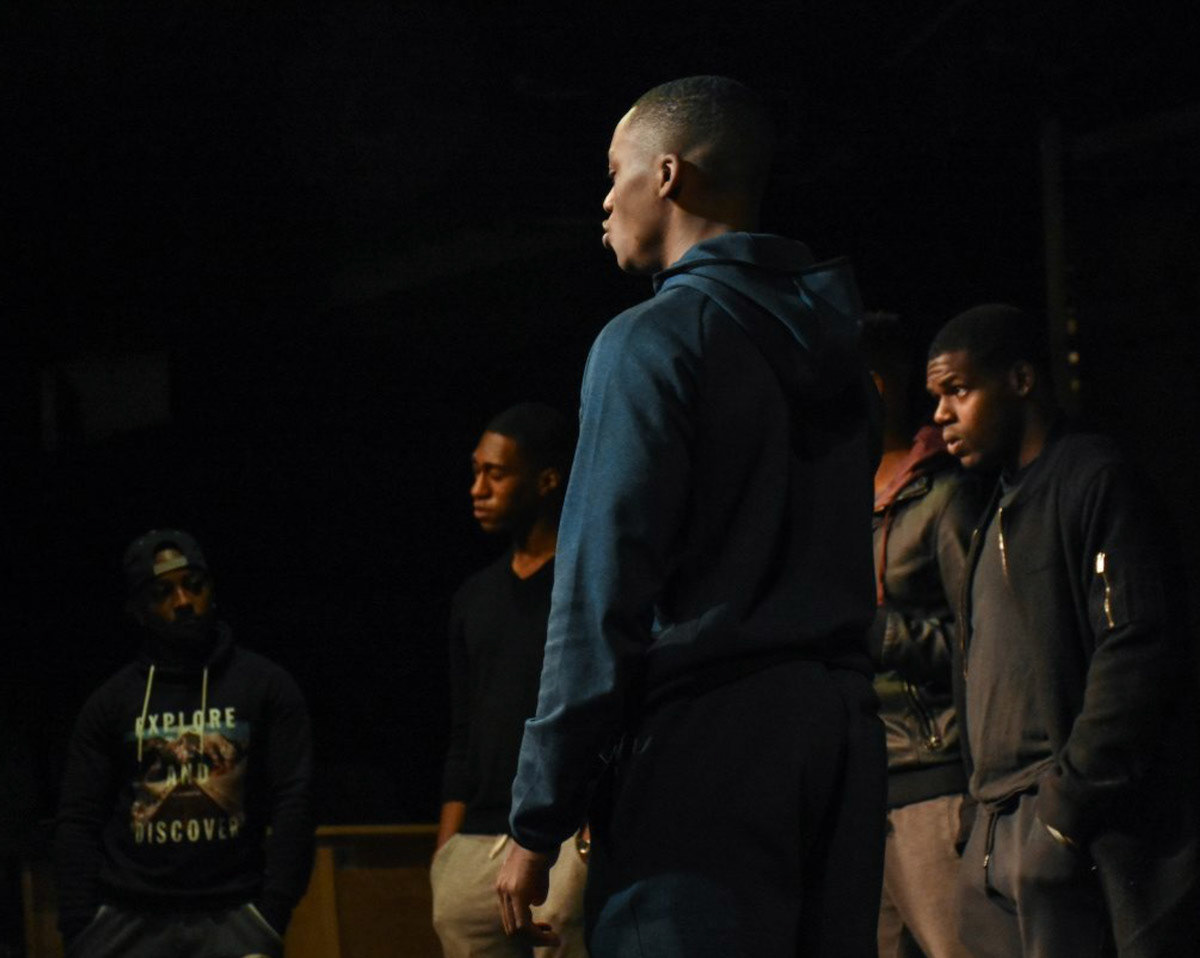 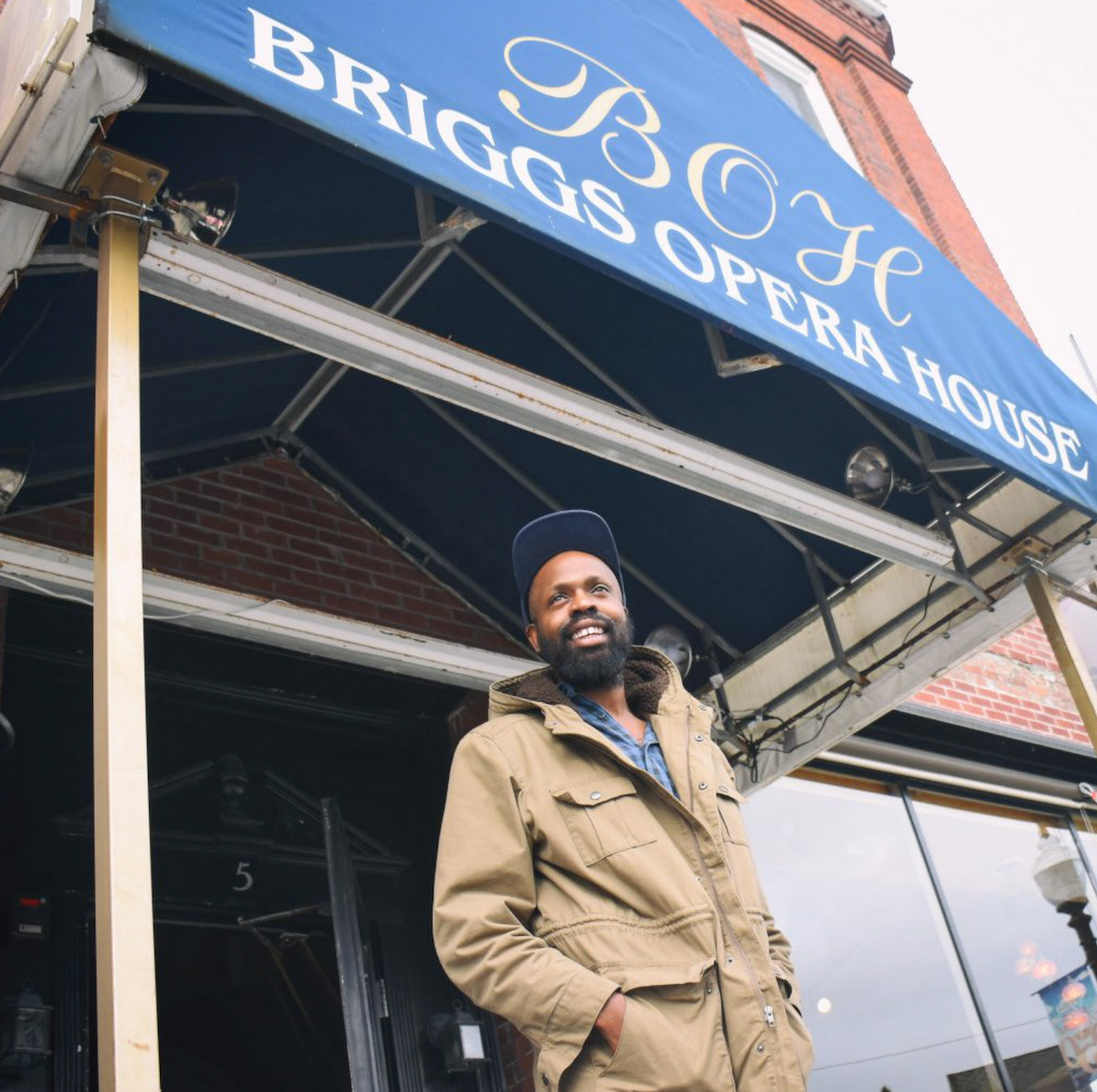 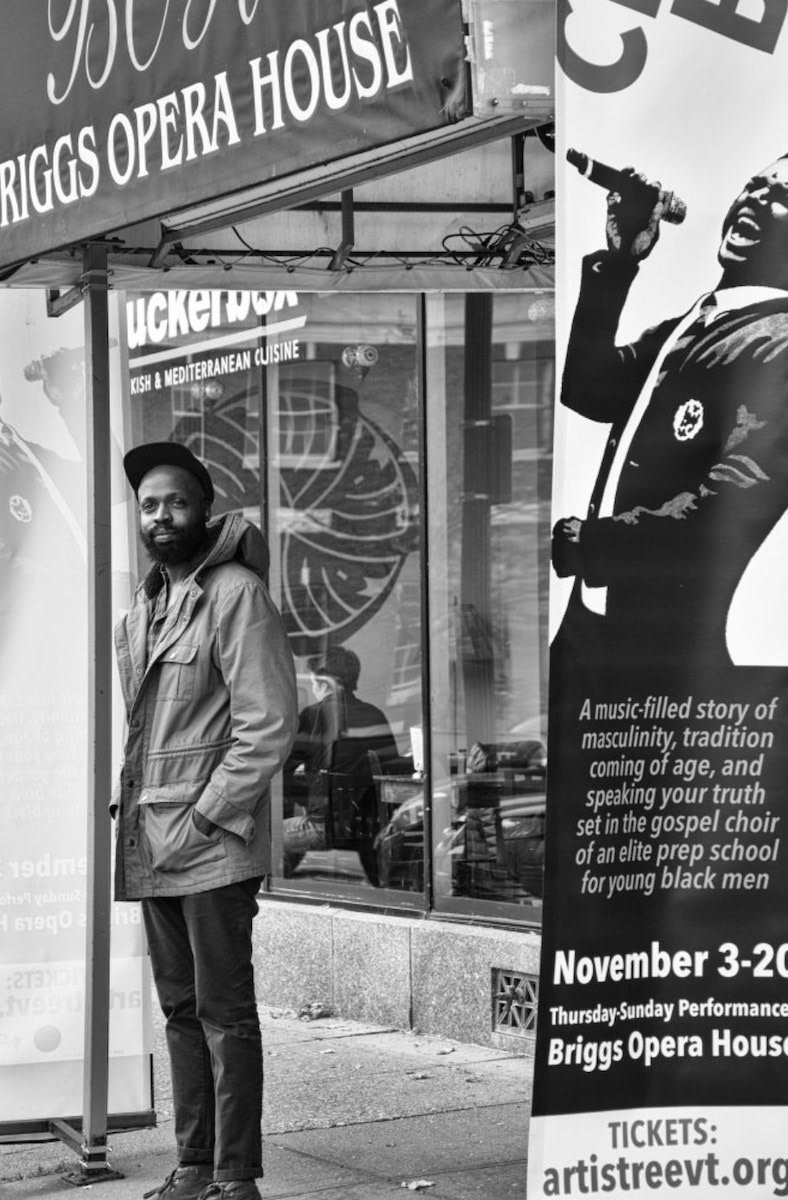 The mission statement of JAG Productions promotes “bold theater that reflects the times.” What makes a particular work bold, in your opinion?
For me, bold theater is current. It pushes a button. It makes people uncomfortable. It makes them ask questions. It has a sense of urgency.
You’ve both directed and performed in a number of traditional works here in the Upper Valley, but it sounds like your real passion is for more contemporary and edgy theater.
I love the traditional stuff, but in the world that we live in today, I just can’t always justify it. It’s entertainment, it’s safe and lovely and filling the seats, but as a Black man in this country, with the shit that we’re facing and with police brutality, I can’t not touch that conversation. As an artist, I just can’t avoid it. It’s impacting everybody. It’s great to take Choir Boyas a catalyst for JAG Productions. We’ll be doing new, contemporary pieces throughout the season. It won’t be all of the season, but this is how we’re starting out. This is going to be the heartbeat of the company.
What were you looking for in the actors when you held auditions?
They had to be able to SING! Singing was huge, and then I looked for a natural cadence in their voices. McCraney’s writing has a certain rhythm, and if you push it or try to make it up, it doesn’t work. A really successful actor came in to audition and he had a dialect that sounded almost as if he was playing a slave character in an old play. I think this has a lot to do with actors not having the opportunity to do a lot of Black theater. There aren’t many current works by Black playwrights for Black people, so I think some of the actors couldn’t find the language or speak with the fluidity and naturalness and ease in their voices that I was looking for.
The actors are mostly New York City-based. How are they enjoying Vermont so far?
They love it. They got here at the peak of foliage season, and they’re just blown away by the mystical beauty of Vermont and by the support they’re getting from the community.
For people who are not regular theatergoers, why do you think they should come out to see Choir Boy?
Even though the story is specific to Black culture, it’s also a coming-of-age tale, so everyone can relate to it. We’ve all been young and have experienced high school and dealt with sexuality and relationships. And I think most people can relate to the music, as well. There is something for everybody, and it’s a piece that is not pretentious in the way that a lot of theater is. It really speaks to the heart of humanity.