After working for several years at Magic Hat and the Woodstock Inn Brewery in New Hampshire, Mark Babson opened his own 10-barrel operation in downtown White River Junction in February 2016. He took a break from cleaning kegs on a recent Monday morning to discuss his development as a brewer and to share a taste of what's coming to River Roost in the months ahead.
Do you remember the first beer you ever made?
I don’t remember the first one, but I remember the second. I started home-brewing in college and had read about how you can brew anything, so I tried using spruce tips that I picked myself.
How’d that spruce tip beer turn out?
I thought it was good at the time, but it would probably be terrible if I had it now. After that beer, I experimented with a bunch of different yeast strains and then did a Sierra Nevada clone. I ended up moving in with a bunch of friends who were all home-brewing together. After graduating from UVM I decided to give the beer industry a shot and took a kegging job at Magic Hat.
Did you start off with the worst gig in the brewery?
It isn’t glamorous, but kegging is a part of making beer. The job involved eight hours of standing, loading kegs into a keg washer, pulling them off, stacking them, and moving the pallets over into the cooler.
Did you get the opportunity to work closely with the brewers there?
They knew I was interested in brewing and was not just looking for a paycheck, so I moved out of kegging pretty quickly. I did cellar work and fermentation work, and at one point I moved into a lab position. I went from the lab to the brew house and ended up hopping back and forth between a bunch of different roles.
What were your biggest takeaways from working at Magic Hat?
After working four years at a big brewery like that, where you get to see how it’s done on a large scale, you understand how to run operations—how everything moves through the brewery, how it’s all scheduled, how to properly clean a tank, how to handle yeast, and how to juggle it all. Commercial experience is huge and necessary. It’s completely different from when you’re just brewing at home. 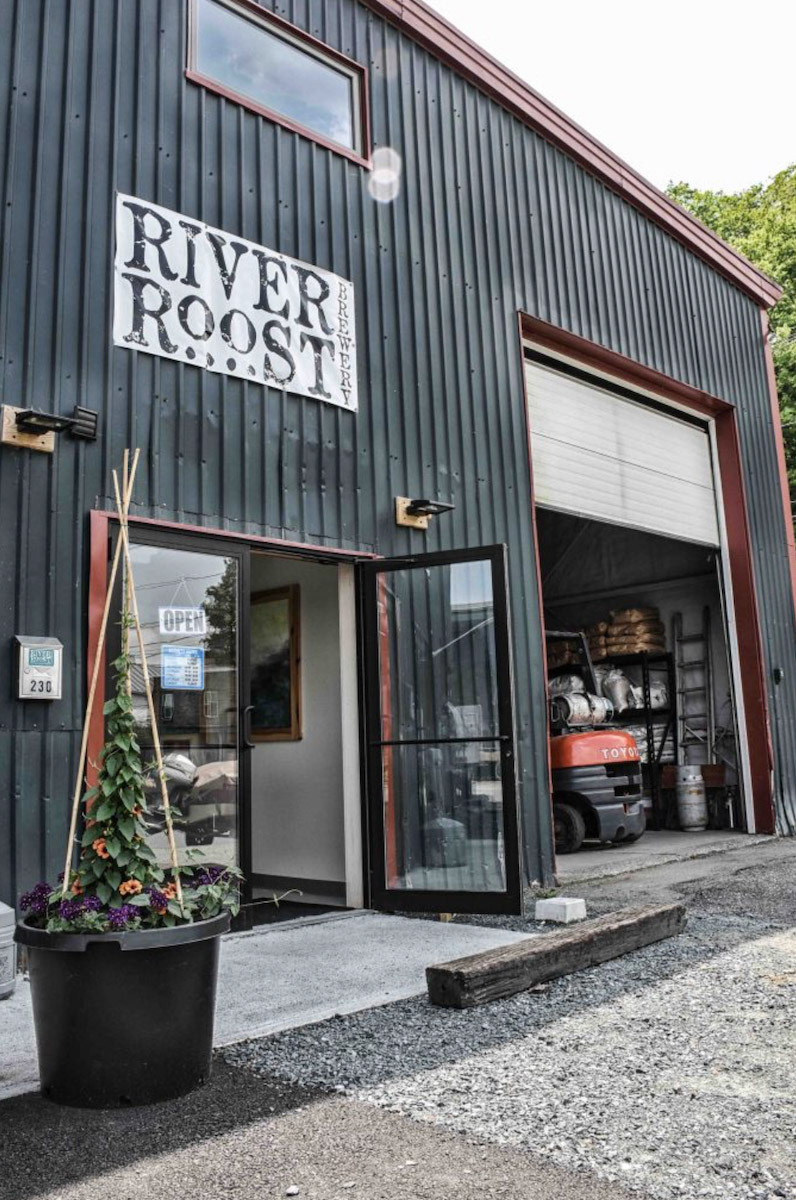 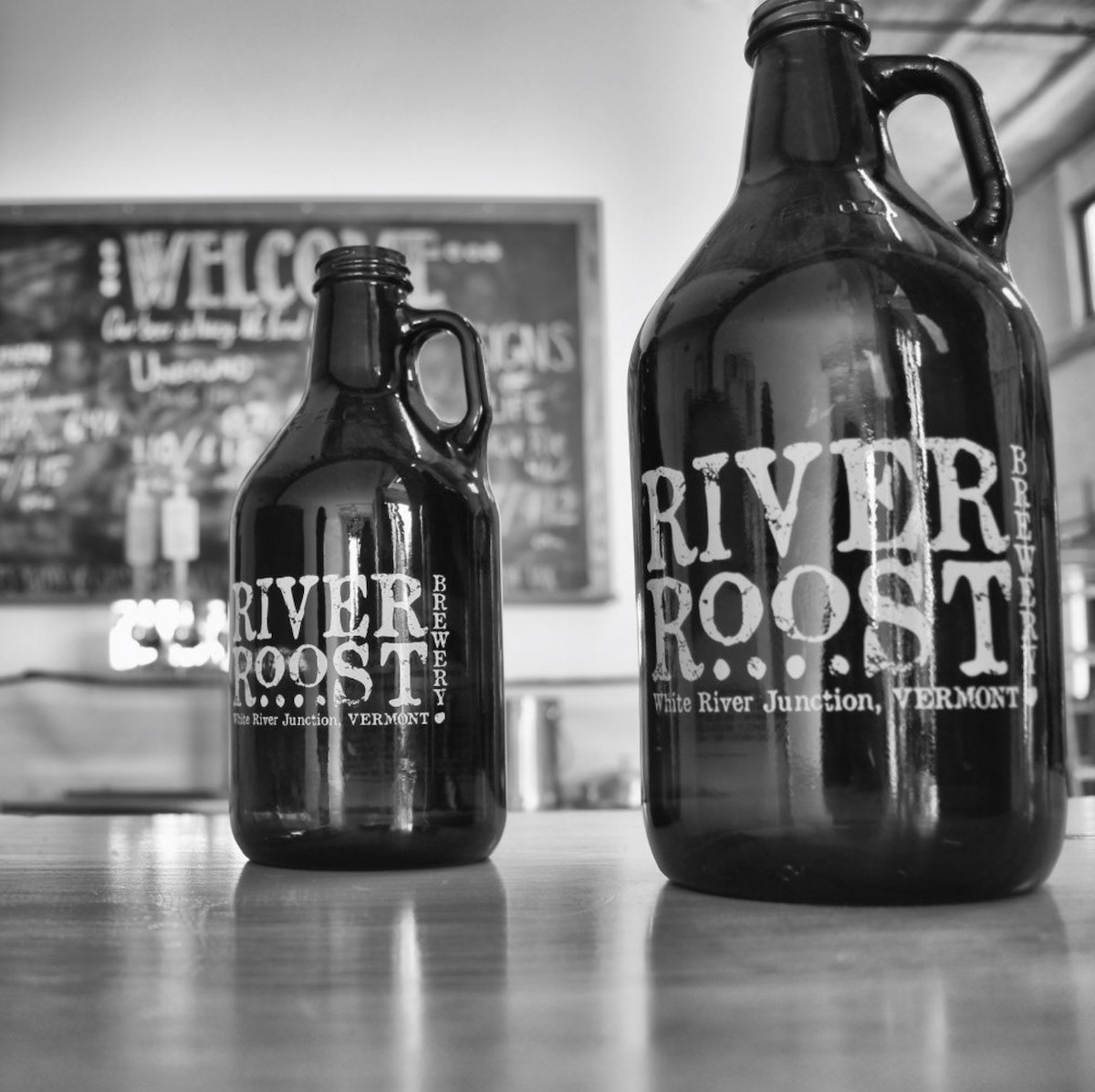 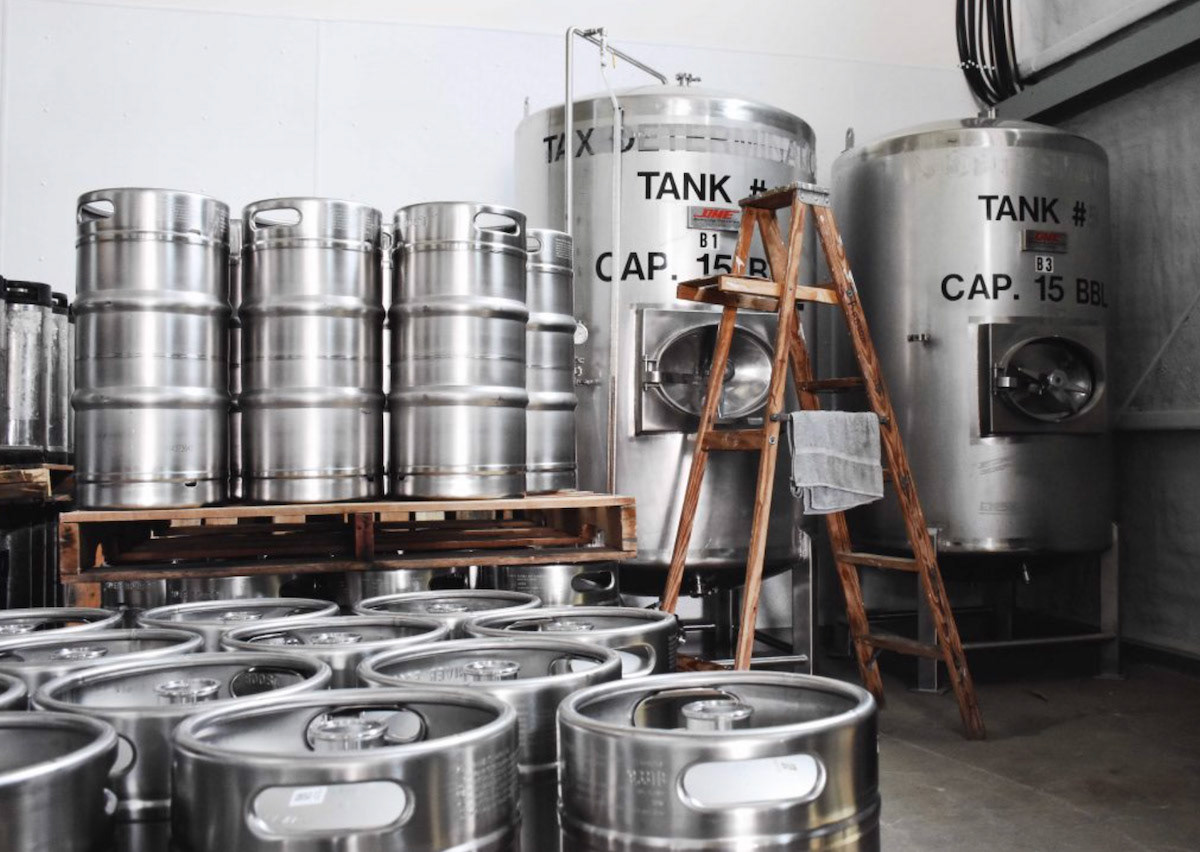 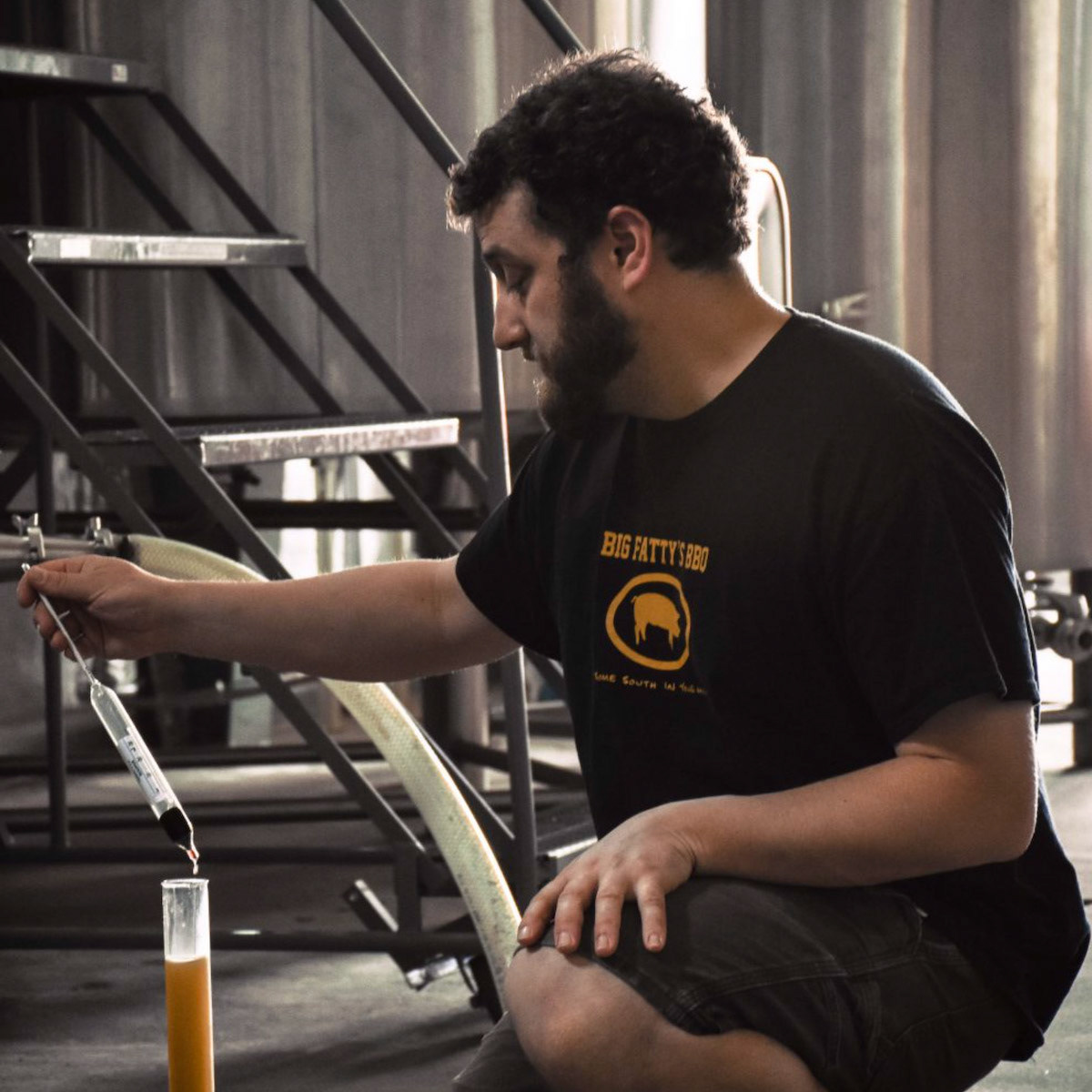 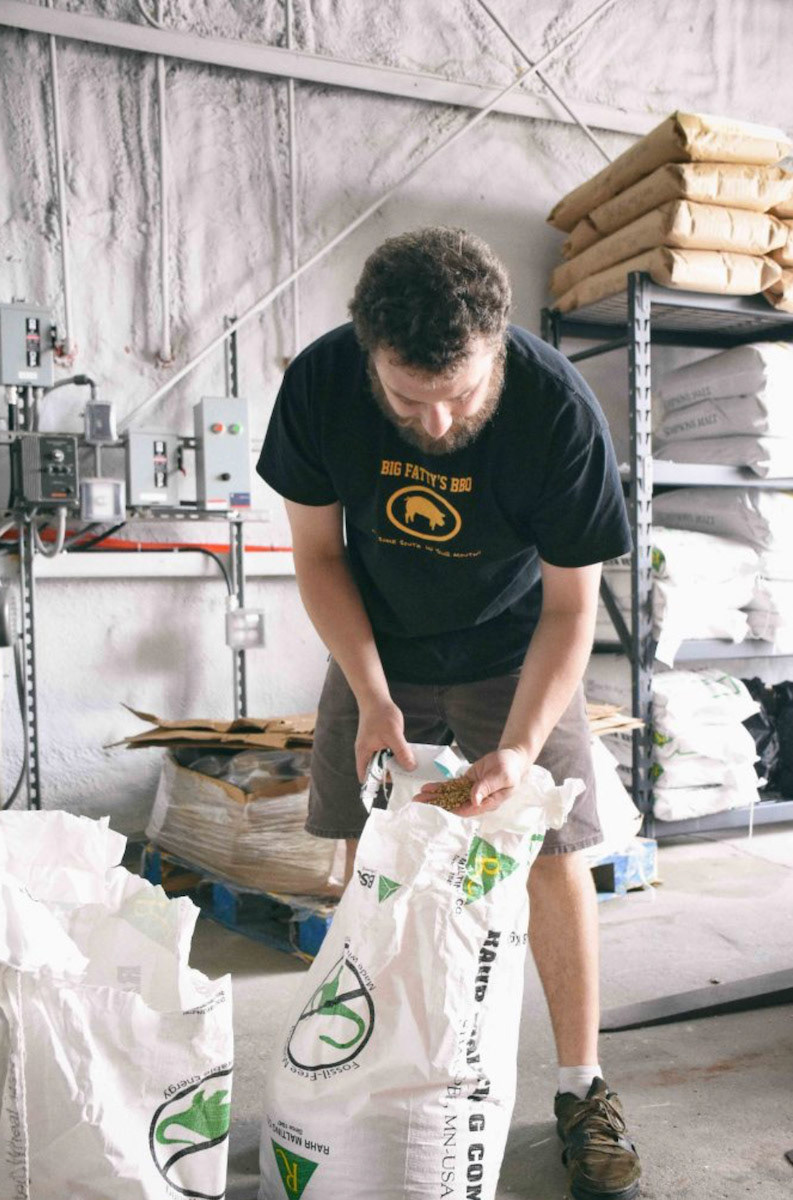 What brought you to the Upper Valley?
My wife grew up in Newbury. She got a job teaching at her old high school, and I was also looking to branch out. I ended up at the Woodstock Inn Brewery in Lincoln, NH, when they were expanding into a 30-barrel brew house and bringing packaging in-house. After working there awhile, I was ready to do my own thing.
Why did you decide to set up shop in White River Junction?
I looked into going out towards Montpelier and Burlington, but there are already a lot of breweries up that way. I saw this space available to rent in White River and it seemed like a good spot: town water and sewer, overhead door, and an up-and-coming location at the intersection of 89 and 91.
What’s been the biggest challenge to getting everything up and running?
There’s a lot of paperwork, and I tried to do as much as I could to keep costs down while not skimping on things that I felt I needed. The fit-up took a long time—putting all the hardware together—and there’s always something that you don’t really think of ahead of time. Everybody told me it was going to take twice as long as I originally planned—and it did.
Are you still running a one-man operation?
Yeah, but my wife and my mom and dad come down on the weekends to help sometimes. I’d like to hang on as long as I can on my own, but eventually I’ll hit a wall and will need to hire some extra help.
What does a typical day at the brewery look like?
I probably brew once every week or week-and-a-half, and there’s a lot of cleaning kegs and kegging beer. I was just on the computer looking at glassware, so I do that, too.
What keeps you up at night?
Sometimes it’s silly stuff like hop contracts and temperature control during active fermentations…you name it.

Tell me about the four beers you’ve got on tap today.
I’ve got Signs of Life, a pale ale, light, only 4.6% alcohol. It’s crisp, kind of floral and citrusy from the hopping. I brewed Northern Dusky IPA with a little bit of rye and all Southern Hemisphere hops. It’s citrusy and melony and dank. There’s Unbound, a double IPA with several different American Hop varieties. It’s pretty bold, 8.7%. And there’s Moody, a double-maple milk brown ale I brewed with Vermont maple syrup and lactose.
Are there any ingredients that you plan to experiment with in the coming months?
I’d like to start bringing in some odd local ingredients like flowers, fruits and berries. Those would be for longer-term fermentation projects, so you won’t actually see the beer for a while.

Your beer is already getting a lot of reviews on Untappd and RateBeer. Does the online feedback from customers influence your brewing decisions?
Yeah, it does. I look at the criticisms, and I have my own criticisms of my beer, but I’ll still play around a bit and try to dial recipes in. I’m still early on—I’ve done 10 to 12 batches here, and some of it’s hiding in oak.
How long will that beer stay in the barrel?
Until it tastes right. I have plans for bottling and bottle conditioning some of the projects in the oak barrels. I’ll try to sell as much out of the shop as I can without distributing.
Where did the name “River Roost” come from?
One day a guy up in Newbury said that he was the ruler of the roost, but his wife rules the rooster, so he had to get home for the night. I really liked that saying about the roost, and I combined it with White River.
River Roost currently offers tastings and has 32-oz and 64-oz growlers available for purchase at the brewery. For more details, follow River Roost on Facebook.